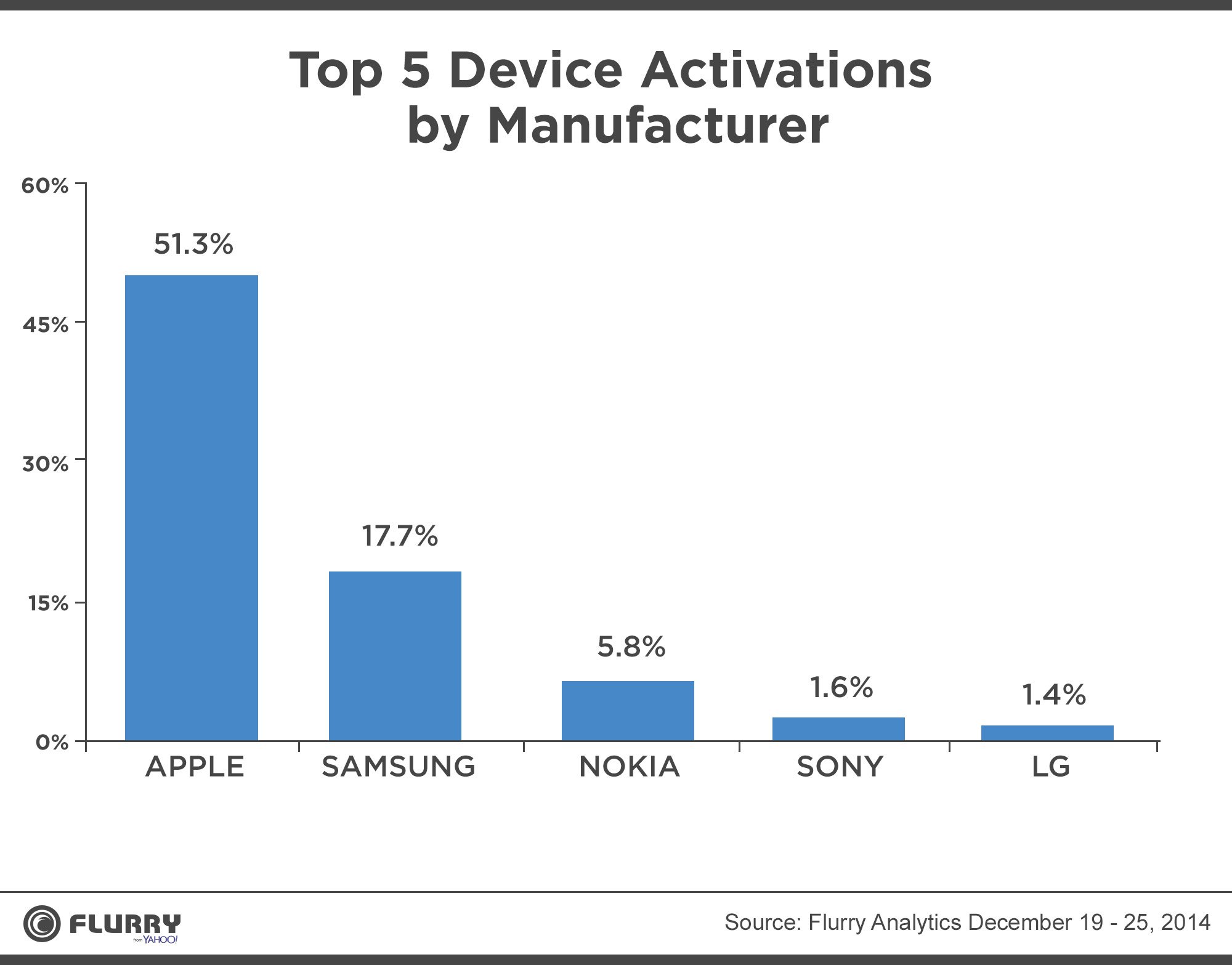 It seems Santa had to buy a lot of Apple products this year, presumably because countless people had one Apple device or another in their Christmas wish list. According to a report by Flurry, Apple tops the Christmas mobile activation list in 2014.

It measured new device activations from December 19 to December 25 worldwide, and Apple came out on top, with 51%. Samsung comes a far second at 17.7%, with Nokia, Sony, and LG trailing. Numbers don’t lie, do they? So I wonder what critics have to say about Apple’s performance now. At least in the mobile sector.

Flurry also measured other data such as app installs, and in the US, apps were downloaded most during Christmas Day – 2.5x the number of app installs as compared to an average day in the first three weeks of December.

As for the form factor, medium-sized phones still reign. It is clear, however, that phablets are increasingly becoming popular. If this data stays true to its course in the following year, then it is safe to say that Apple will have a good year ahead. Unless it cocks up or its competitors step up.

Did you get a new Apple mobile device for Christmas?

If you’ve got a new iPhone or iPad, download these games:

7 Great Games for iPhone or iPad