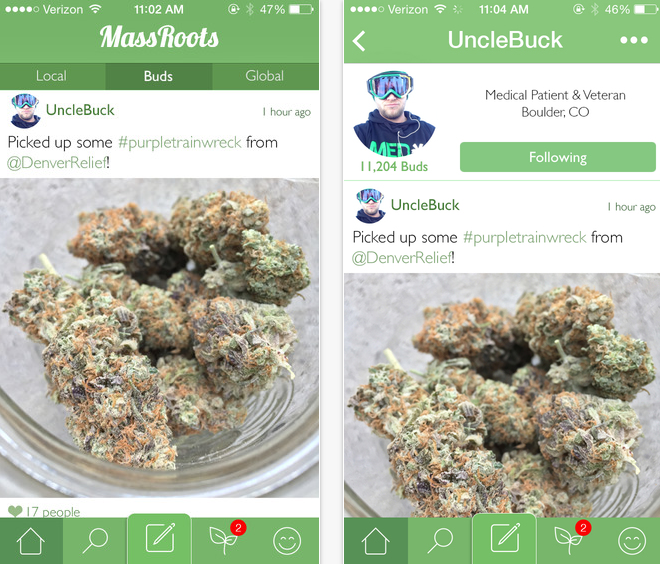 It wasn’t too long ago when dev shops and app makers made some noise about how Apple’s policy on marijuana apps was against them.

Less than a month later, Apple backtracks on its policy on marijuana apps. SFGate reports that apps that have been removed are now available on iTunes.

In particular, MassRoots, a platform for discovering medical cannabis and connecting with other people who need it, was removed and is now reinstated. An important detail is that the app is geo-restricted. Quite understandably, it is only available in the 23 states where medical marijuana is deemed legal.

In a blog post announcing their return, the MassRoots team acknowledges that their lobbying efforts wouldn’t have been successful without the help of other organizations such as the National Cannabis Industry Association, ArcView Group, Whaxy, and The Cannabist – as well as the general populace who support the cannabis community.

The team also joyfully announced their return on Twitter, much to the delight of its supporters.

Thanks to the strong support from our community MassRoots is back in the App Store! http://t.co/4615gau7a4 pic.twitter.com/OFkxSw405o

If you’re in one of the 23 states, get MassRoots here.

What made Apple change its policy? Could this be a start to the App Store being less strict? What do you think?