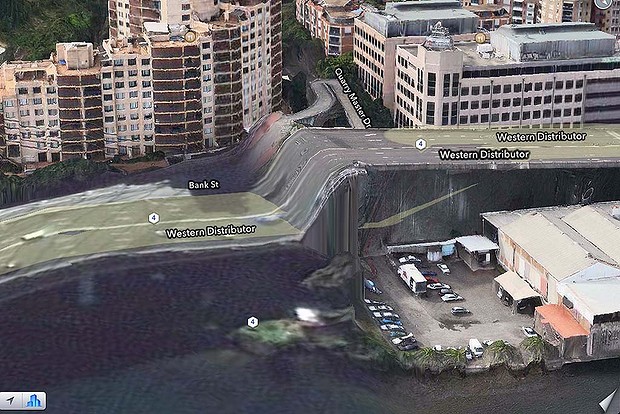 The Maps app that came with iOS 6 was such a major debacle, it was quite inevitable that someone’s head was going to roll because of it.

That unfortunate head apparently belongs to Richard Williamson, the man who managed the mapping team responsible for the Maps app. Williamson was given the boot by Senior Vice President Eddy Cue, according to sources contacted by Bloomberg. According to the same sources, Cue is now currently looking for new mapping professionals from outside the company to rebuild Apple’s own mapping team. Apple is also working closely with TomTom NV, a well known navigation company, to help correct the landmark and navigation data errors that plagued the app.

Cue is reportedly looking for a person to replace Williamson but so far no one has been shortlisted yet. While Cue is still looking for a replacement, the Apple mapping team is hard at work fixing the Maps app. According to Bloomberg’s sources, a number of issues have already been fixed, among them the satellite view of the UK and also the incorrect labeling of many landmarks in the United States.

Apple has already made a public apology for the Maps app, through Tim Cook himself. An indirect casualty of the Maps debacle was Apple’s mobile software head Scott Forstall, who allegedly refusing to sign the apology letter Apple released.