You are here: Home / News / Apple Buys “Carpool Karaoke”, So What? 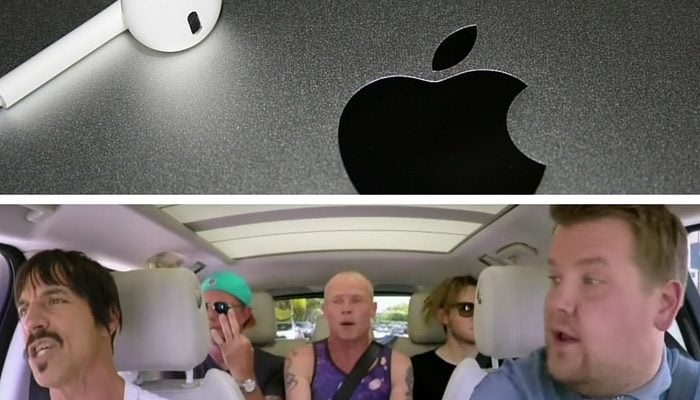 If you have no idea what Carpool Karaoke is – and you don’t care either – you can either check out other posts like the best podcasts of this year (if that’s your thing), or you can continue reading and discover something worth your while.

“Carpool Karaoke” is a popular segment of “The Late Late Show With James Corden”, featuring high-profile musicians crammed (depending on how many they are) in a relatively small car with the host. They, well…do karaoke, mostly songs by the artists.

This is not up for debate. If you have any love for music – even the teeny tiniest bit – then you’ll have lots of fun with Carpool Karaoke.

In case you haven’t seen, here are some of the best episodes in my opinion.

This is the one that broke the internet recently.

I hope you watched those, because you’d be missing out on some good stuff if you didn’t.

Now, back to Apple and Carpool Karaoke. I’m a fan of both – and so are a bunch of other people, for sure.

What does Apple buying Carpool Karaoke mean for us? Will life go on as usual, or are we facing changes that will disrupt our comfortable lives?

Right now, we can watch Carpool Karaoke conveniently – and for free – on YouTube. The acquisition by Apple means…read this statement by Scott Koondel, CBS’s chief content licensing officer.

“We’re delighted to bring one of the biggest viral hits, ‘Carpool Karaoke,’ to Apple Music, where our new series will be available on this phenomenally popular subscription service.”

How do YOU interpret that?

I say this means we’re going to have to step out of that comfort zone of free content, which isn’t that bad really. I mean, if you like it that much and the price is right, go for it, right?

However, Variety reports that “Apple has licensed 16 episodes of the show, to be exec produced (but not hosted) by Corden and “Late Late Show” exec producer Ben Winston for the pair’s Fulwell 73 banner and CBS TV Studios.”

This bit of news fans may not take kindly. I know I don’t like it. James Corden brings it.

Apple buys Carpool Karaoke. So what? So it might just suck if they go the direction they say they’re going.

Let’s take a bit of comfort in the word “might”. I don’t want to be so negative. 😉