You are here: Home / Macbook / USB-C is the Future, Just Not How Apple is Implementing It 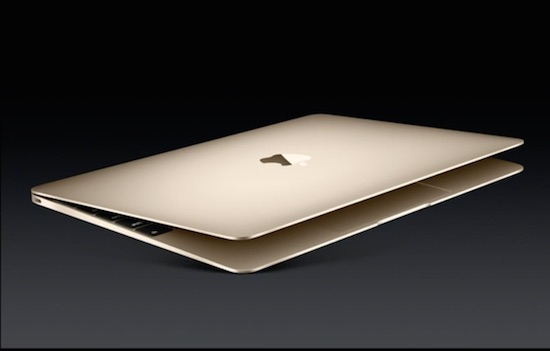 At last week’s special product event, Apple unveiled the all new MacBook with the promise that it was giving consumers a glimpse at the future of laptops in the process. The incredibly thin and light computer features a 12″ Retina display, a fully redesigned keyboard, a fan-less design, and an innovative new trackpad that features Force Touch interactivity. It also includes the brand new USB-C port, which has the potential to revolutionize the way we interact with our computers. The problem is, Apple has hamstrung the new MacBook by only including a single port, making USB-C seem more like an exercise in frustration rather than the giant leap forward that it could have been.

For those who aren’t familiar with USB-C, it is a high-speed (10 Gbps) replacement for standard USB that is far more versatile than previous versions. USB-C is capable of not only connecting hard drives and printers, it can also accommodate external monitors, keyboards, Ethernet adapters, and even power supplies. In fact, the new MacBook does away with Apple’s iconic MagSafe power adapter in favor of a new version that charges the laptop via the USB-C port instead.

From that description alone, USB-C sounds like a fantastic replacement for standard USB. After all, it allows us to use one port and cable – along with appropriate adapters – to accomplish many different things. With other PC manufacturers already announcing its implementation, it is clear that USB-C will be the future of interactivity between our computers and various peripherals, opening the doors for all kinds of new possibilities.

But as they so often do, Apple has gone with a form-over-function approach with the new MacBook’s design, and limited the capabilities of USB-C simply by only including a single port. That means that you won’t be able to connect a secondary display to this laptop while also charging it at the same time. It also means that you can’t connect a printer and an external hard drive simultaneously either. A second port would have alleviated many of these concerns, and given users a much higher level of versatility when using their new laptops. But because Apple was so eager to make the new MacBook as streamlined as possible, they cut corners at the expense of usability, dropping Thunderbolt ports, mini-display ports, and even SD card slots in the process. Apple will tell you that wireless networking has allowed them to eliminate unnecessary ports. The argument being that with WiFi enabled printers and network drives, we no longer need to connect to those peripherals directly. In some sense that is accurate, but it is also a bit shortsighted. Considering the fact that most people will keep their laptops plugged into a power source most of the time, the single USB-C port on the new MacBook will be occupied more often than not. What will those user do if they want to connect to a display? How about if they want to import photos from a digital camera, or even sync their iPhones? Out of the box, that simply isn’t possible due to the shortsighted decision to only include one port on the entire computer.

Of course, Apple is all too willing to sell you a USB-C adapter that will allow you to plug in extra devices to your new laptop. For a mere $79 you can add the functionality that the MacBook should have come with in the first place. These extra dongles will help bridge the gap for those who need the extra ports, but they are an inelegant solution for a computer that is incredibly elegant in every other way. Adding one of these adapters to the MacBook is bit like buying an Italian sports car, then bolting on a bike rack. It looks odd and out of place, and detracts from the appeal of the original product in an effort to make it more functional.

USB-C is welcome addition to the MacBook, and I suspect future revisions of the MacBook Air and MacBook Pro will include the new port as well. But in this first attempt to foist this new standard on users, Apple has made the port more of a challenge to adapt to than it needs to be. Yes, they have created a beautiful new laptop that is thinner and lighter than anything we’ve seen from the company before, but that design seems hardly worth the frustration that will come with having just one port for connecting all of our devices. There may come a time when every device connects to our laptops wirelessly, and Apple’s decision to include a single port will seem wise. But we are not at that point just yet, and at the moment that decision looks like a mistake. As a point of reference, my 2013 MacBook Pro with Retina display currently has a keyboard, external display, and my iPad Mini plugged into its various ports. It is also charging via its MagSafe adapter as well. If I were using the new MacBook, three of those things would not be able to be plugged in at the same time.

I have no doubt that Apple will sell millions of new MacBooks. It is undeniably a beautiful computer. But many of those customers are also likely to experience a bit of buyers remorse when they realize the limitations of having just one port. Future versions of the laptop may remedy this oversight, but for now, the future of USB-C lies along a different path than the one that Apple has shown us.

5 Great New Games for iOS You Should Download Right Now