You are here: Home / Macbook / 6 Reasons to Buy the New MacBook 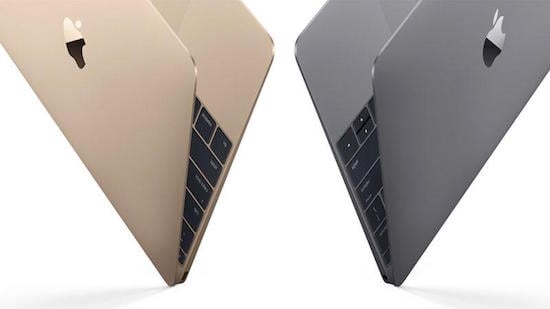 A few days back we shared 5 very good reasons why you should skip the new MacBook, which begins shipping on April 10. Those reasons included the now infamous single USB-C port, an underpowered processor, and a standard-definition FaceTime camera. But Apple’s latest laptop also comes with a tantalizing new design and some innovate features that will surely make it a popular computer for many people. With that in mind, here are six reasons you should consider buying the new MacBook as well.

With a thickness of 13.1 mm, and weighing in at just 2 pounds, the new MacBook is easily the thinnest and lightest Mac that Apple has ever produced. That slim profile and incredibly light design will certainly make it a popular choice for frequent travelers and students in particular. For years, the MacBook Air has held the crown for being the obvious laptop for road warriors, but this new MacBook makes the Air look downright clunky in comparison. If your objective is to carry the lightest Mac notebook available, the new MacBook is far and away the best option that Apple has ever made.

In addition to being the slimmest and lightest laptop that Apple has ever created, the new MacBook also has a Retina display as well. Previously, those high-resolution screens were only found in the MacBook Pro line of notebooks, which are considerably larger in size. Now, Mac users don’t have to compromise weight and bulk in order to get that gorgeous screen. The Retina Display on the new MacBook runs at an astounding 2304 x 1440 resolution, and will reproduce vivid colors in stunning clarity. That means that not only will the new MacBook be incredibly easy to travel with, it’ll provide amazing images on the go too. The trackpad on Apple’s laptops was already the best in the industry, but somehow they managed to find a way to make it even better. The trackpad found on the new MacBook incorporates Force Touch technology, which means it can actually sense how much pressure you are applying, and offer different functionality based on how hard you press it. This opens the door to all kinds of new possibilities for how we interact with our Macs. For instance, you can now get a “right click” contextual menu just by pressing the trackpad a bit harder, or you can to a long click on a street address in an email or webpage to pull up a map of that location. We’ve even seen one third-party developer already create a pressure sensitive drawing tool that artists and graphic designers are sure to love, and similar innovate uses for Force Touch are sure to follow. The trackpad even provides haptic feedback in the form of a tactile vibration that allows users to get a better sense of how it operates.

The Force Touch trackpad isn’t the only innovative way we’ll interact with the new MacBook. Apple also redesigned the keyboard as well, which allowed their talented engineers to squeeze full-size keys onto a laptop that doesn’t take up very much space at all. In order to accomplish this the team that designed the MacBook had to come up with a way to make the keyboard thinner, and in doing so they also managed to make it more responsive as well. As if that wasn’t enough, they also managed to backlight it in a new way too, creating a better all around typing experience for users. In our previous post on why you should skip the new MacBook we lamented the fact that Apple chose Intel’s Core M processor to power the laptop. But Apple’s engineers had a very good reason for doing so, even if it isn’t readily apparent at first. While the Core M is decidedly underpowered when it comes to doing heavy-duty work, it is also incredibly efficient and runs much cooler than the speedier processors found in the MacBook Air and Pro. This allowed Apple to use a fan-less motherboard in their latest laptop, which means it will be completely silent at all times. It also allowed designers to slim down the design and lighten the weight as well. It is safe to say, without the Core M, the new MacBook probably wouldn’t exist.

Yes, the USB-C port was listed as one of our reasons to not buy the new MacBook as well, but mostly because there is only one port on the entire laptop. Make no mistake however, USB-C is the future, and Apple will help push the new standard forward with this computer. What makes USB-C so special? The fact that it can do so many things so well. For instance, it not only allows you to connect the usual array of peripherals (keyboards, mice, printers, external hard drives, etc.) but also a second monitor as well. The port is also capable of delivering up to 100 W of power, which Apple demonstrates by shipping the laptop with USB-C charger. The port is also quite fast, with data transfer speeds reaching as much as 10 Gbps. And much like Apple’s own lightning cable, USB-C cables are completely reversible, which means you’ll always plug them in correctly. This level of versatility will eventually make USB-C popular with users, and will come in handy in the future as more devices adopt it.

USB-C is the Future, Just Not How Apple is Implementing it

Solve the “Always One USB Short” Problem with InfiniteUSB