You are here: Home / Macbook / 5 Reasons to Skip the New MacBook 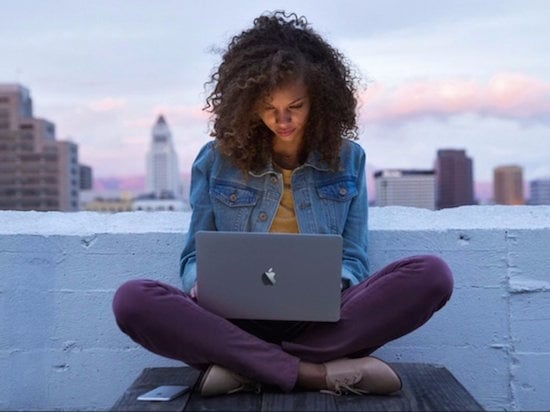 A few weeks back Apple announced a beautiful new edition to their laptop line-up in the form of the new MacBook. This stunning laptop, which comes in three different colors, is the thinnest and lightest Mac ever, and features a 12″ Retina display, as well as an innovative new trackpad. While on the surface, this laptop looks like another impressive product from Apple, it has a few glaring flaws that make it tough to recommend to potential buyers. Here are five reasons why you should skip the new MacBook and wait for a second generation model instead.

Apple’s decision to include a single USB-C port on the new MacBook has been a controversial one to say the least. Because the port is used to not only connect the laptop to peripherals but also to charge the computer as well, the choice to include just one port seems extremely perplexing. Apple does get points for pushing the USB standard forward with the new “C” variant, which is versatile enough to connect printers, hard drives, and even external monitors to the same port. But because there is only one of those ports, early adopters to the new MacBook will be forced to make compromises or shell out extra money for a costly adapter. Future versions of the laptop will almost certainly come with at least two of these ports, and when it does, it will be much easier to recommend it to buyers.

One of the ways that Apple was able to achieve such a thin (13.1 mm), and light (2 pounds), laptop was to do away with the internal fan on the computer’s motherboard, making it completely silent in the process. In order to accomplish that feat the company elected to go with an Intel Core M processor, which was designed to run at lower clock speeds while producing minimal heat. While the Core M is an adequate processor for checking email, surfing the web, and browsing YouTube videos it isn’t exactly a powerhouse for getting serious work done. In fact, its performance likely to be sub-par for tasks such as photo or video editing, or playing 3D games. The choice in processor has allowed Apple to create an incredibly thin computer that looks fantastic, but that design comes at the cost of performance. Future versions of the laptop will of course see upgraded processors that will be far more capable than this first edition.

One of the hallmarks of the Intel Core M processor is said to be increased efficiency which allows it to run at greatly reduced levels of power consumption. As a result, the new MacBook offers solid battery life with 9 hours of wireless web surfing and 10 hours of iTunes movie playback. But the MacBook Air easily bests it in both categories, achieving 12 hours without adding much in the way of weight and bulk. The thicker and heavier – but far more capable – MacBook Pro boasts 10 hours of web use and 12 hours of video playback as well, easily outpacing the newer model too. If battery life is one of your primary concerns when using a laptop the Air and Pro are both better choices at this point, although I’m sure the MacBook’s battery will improve substantially in future models.

Mac users who enjoy using FaceTime or Skype to video chat with friends and family may be disappointed in what the new MacBook brings to the table as well. While the MacBook Pro and MacBook Air both sport built-in video cameras capable of 720p HD resolutions, Apple’s latest laptop has a camera that is only rated for standard definition at 480p. This will likely be one of the first things Apple upgrades when it releases a second generation version of the MacBook, but it seems odd that they went with such a low resolution camera at this point. In order for Apple to design a laptop that is as thin and light as the new MacBook compromises obviously had to be made in the form of the processor and number of USB ports. But despite those compromises, the laptop is still quite expensive for the performance that it delivers. In fact, it starts at $1299, the exact same price as the entry-level MacBook Pro, which while thicker and heavier, also has a far more powerful processor, a larger Retina display, and plenty of ports. Unless you absolutely need an ultraportable laptop, it is difficult to recommend the new MacBook over the Pro model. Over time, the smaller laptop is likely to come down in price however, making it easier to recommend to customers when it does.

USB-C is the Future, Just Now How Apple is Implementing it