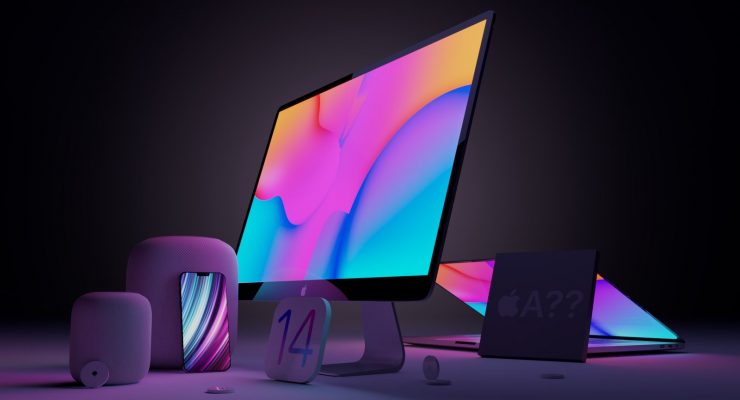 If you’re an avid fan of Apple like us, you’re always waiting for their new releases every single year. In 2019, Apple launched a series of products such as the new iPod touch and the AirPods, which got fans running to Apple stores to secure one. This year, Apple began with the launch of the new iPad Pro as well as the iPhone SE. Here are some of the other products that Apple will reportedly release this 2020 for you to look forward to.

Every fan of Apple knows that the company releases its new series of iPhones in September of every year. Hence, it comes as no surprise that people are expecting the same for the year 2020. However, with this pandemic looming currently looming over the world, it has caused some disruptions that may directly or indirectly affect the schedule of the launch.

One of the expectations about this new iPhone model is that it will come in two sizes. Reportedly, both of these will support 5G, which will enable users to reach a faster internet speed. They are also rumored to feature new 3D LiDAR sensors, much like the recently launched iPad Pro. These are only some of the new features that the new models will apparently possess.

While this news may get your hands sweating with excitement, it has also been reported that the release of these models may be delayed by a few weeks or months. Not only is the supply chain interruption a concern, but the demand for the new iPhones may also be too low as an effect of the pandemic on the economy.

Among the products of Apple today is its HomePod. However, some people find this smart speaker too expensive for its function and features. Fret not, as Apple will reportedly release a more affordable version of HomePod this 2020. As expected, this cheaper version would have fewer features than the original HomePod. Nonetheless, its function still remains the same.

Instead of the current seven tweeters, the more affordable version would apparently only have two. Its size would also be considerably smaller than the current version, as some reports say. The HomePod was launched in 2017 to rival that of Google Home and Amazon Echo. While it has struggled a bit in the past years due to its price, this new version will more likely appeal to consumers thanks to the price reduction.

Similar to the iPhone lineup, the new Apple Watch models are also released in September every year since its initial launch. As such, people are expecting to see the same pattern this year. Reportedly, one of the main updates that you can expect from the newer models of Apple Watch is the inclusion of sleep tracking technology.

This feature has apparently been under testing by Apple this year. If all goes well, this technology will be added to the new models. This feature will also allow Apple to keep up with its rival watches that already possess the feature such as FitBit and Mi Band 4. Aside from this, the newer models will reportedly also be able to measure blood oxygen levels. In addition, this new generation is expected to perform faster than its predecessor and feature improved water resistance.

One of the most popular products of Apple today is the AirPods. Wouldn’t it be better if Apple also released a pair of over-ear headphones this 2020? According to reports, the company may be planning on doing so and the product’s development is already on the works. If released, these over-ear headphones are expected as an audio alternative to the Beats brand, which is also under Apple.

If the reports are true, these headphones will be customizable similar to the Apple Watch. One of its expected features is the ability to automatically play and pause music similar to that of the AirPods. Their sensors would reportedly be designed to detect if the headphones are currently being worn on the ears or just hanging on the neck.

The digital services of Apple, namely, Apple Music, Apple TV+, and Apple News+, may eventually be offered as a bundle to be released by Apple this 2020. This move is one way for the company to boost its number of subscribers. Not only that, but offering these digital services as a bundle may also help push the company into the services division. Getting access to all three services under one subscription would definitely be convenient.

With so many Apple products waiting to be released this 2020, it’s understandable if you can’t wait to get your hands on them. Hopefully, the pandemic has not or will not affect the scheduled dates of release of this lineup. Until then, stay tuned for more updates.