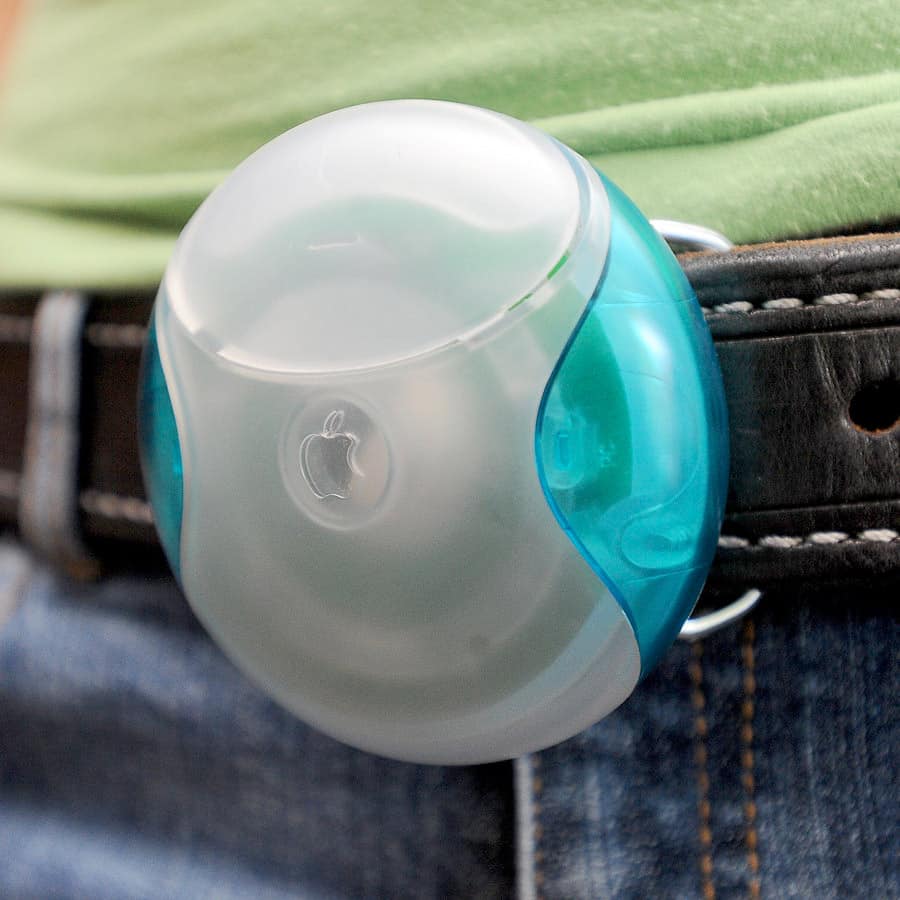 What do you do with your old Apple devices? Do you (gasp!) throw them away? These clever Apple fans have repurposed their old stuff, finding new life for beautiful products of yesteryear. I actually think one would look pretty dapper in these handsome cufflinks. They only cost $22, and if you like these, the seller has an entire line of jewelry made of recycled Mac buttons, including rings, earrings, necklaces, and more. [Image source] Clocks made from old Macs are a very big deal. It’s probably the most frequently thing recyclers make out of Apple devices. I’m partial to this iBook clock, which sadly isn’t made anymore; it sold way back in 2010. But there’s also a MacBook model, a PowerMac G4 Cube model, and any number of others. Speaking of the G4 Cube… [Image source] The PowerMac G4 Cube has inspired many a recycler with its cool, acrylic-and-metal shape. This one was a no-brainer. With that oval vent on the top, it was practically begging to be a tissue dispenser. [Image source] With apologies to the Cylons… Best. Toaster. Ever. [Image source]

This is the definition of awesome. Not only is it a robot capable of interacting with its environment, it transforms! Cube to rolling robot. Check out those retracting wheels! [Source] I love this. Can I say that again? I love this. I would so do this if I had an old PowerMac sitting around. And I knew anything about construction and stuff. [Image source] You know you want it. [Image source] Why stop at a tissue box when you can go all the way? [Image source] Not sure what model of computer this old-school floppy disk drive came from. Any guesses? [Image source] Does anybody else look at this and see Scrabble tiles? Just me? Okay, then. [Image source] The nice, roomy size of the original iMac has inspired a lot of recyclers. This one was another obvious one, but it’s really well done. Of course there’s also a G4 Cube version, too. [Image source] Looks a little cramped to me, but the cat seems to dig it. So I don’t judge. [Image source] Man, I wish I’d thought of this. Genius! [Image source] Apple’s product boxes are notorious for how fans cherish and keep them. This one was used for a unique “message box,” which shows alerts to its owner. [Image source]