You are here: Home / Mac / Reasons Your MacBook Has Slow Internet Speed 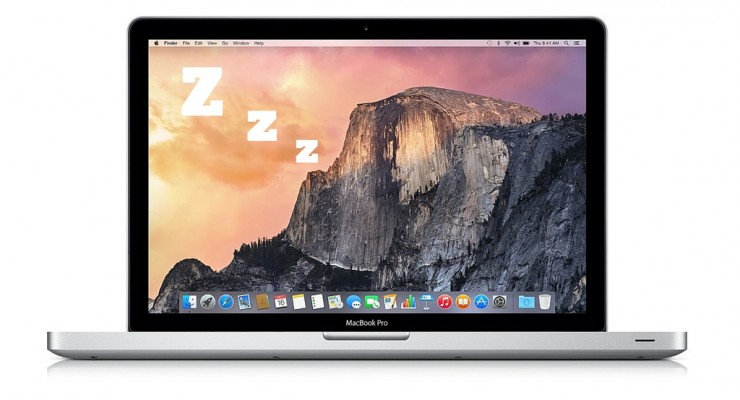 Thirty-one years ago, Apple released their first personal computer—the Apple Macintosh. Ten years later, Macintosh users were finally surfing the web. But the internet of 1994 would be barely recognizable to us today. There was no Facebook, no YouTube, there wasn’t even a Google. It was a sparsely populated place with few online destinations. But everybody knew it was something special.

There was a real sense of excitement as this virtual world was explored and experimented with for the first time. In retrospect, that exploration occurred at a snail’s pace. Okay, maybe slower than a snail. A sloth’s pace? Loading an image was a lot like watching paint dry, but it did make the results all the more satisfying. In the early nineties, few imagined internet speeds would one day surpass 0.1 kbit/s. In fact, telling someone they would one day exceed 25,000 kbit/s would blow their mind.

But even as connection speeds have increased, some people feel a bit stuck in the past. It’s hard to enjoy the modern technological world when you’re browsing at speeds comparable to the ones people had ten years ago. If you find yourself in this category, never fear! There are a few reasons why your MacBook might have slow internet speed. Let’s take a look at a few.

First things first: using an Ethernet cable will dramatically improve performance over using Wi-Fi, especially if you live in an apartment or other close-quarters community with lots of hotspots. This is due to signal congestion, which occurs when many hotspots operate on similar frequencies and drive bandwidth down for everybody in the immediate area.

If possible, try plugging your MacBook directly into the router using an Ethernet cable. It’s not an ideal solution, as the lack of mobility undermines the point of having a laptop in the first place. But if you generally work or use your computer somewhere near the router, you will notice a considerable speed increase if you plug into it. Using an Ethernet cable is also a smart business internet decision as it provides more stability and less chance of signal loss.

Your MacBook’s Time Machine software provides great peace of mind, but it could also be sucking up your internet bandwidth. Sometimes, Time Machine might be set to back up more frequently than you really need. If the backups are large, they could be slowing everything else down.

Now, there isn’t really a direct way of reducing backup frequency, so you might want to save this one as a last resort. In order to do it, open up Terminal from the Applications -> Utilities folder. Then, enter the following command in one line:

Note that the time interval occurs in seconds, so to make Time Machine backup every four hours, you’d enter 28,800 as the value.

There are also a few third party programs that will do this for you, like Time Machine Editor.

Do Some Safari Spring Cleaning

It’s easy to see why people like Safari. Unlike, say, Internet Explorer, it’s actually a fairly good browser. Not to mention, it’s optimized for Apple’s OS, so it’s perfectly acceptable for Mac users to stick with the default choice.

Like all browsers, however, Safari can get bogged down and cause your browsing experience to suffer. Thankfully, this is a very simple fix. First, empty the cache. You can find this option through the Safari menu, or simply hit CMD + OPTION + E. Next, clear your history. Go to History -> Clear History and confirm when prompted.

You can also perform a full reset for Safari. Head over to the Safari menu -> Reset Safari. Then, choose which items to reset.

It Could Be Your Service Provider

Try everything mentioned here and still have slow speeds? It might be time to look at your service provider. Ultimately, it is their responsibility to deliver the connection speeds they advertise. Perform a speed test and find out what your connection speed actually is. If it’s underperforming, contact your service provider and discuss your options. Be wary of special offers to upgrade your plan at a higher price. If they can’t improve your speed and you have other providers in your area, it might be time to make a switch.

How to Browse iCloud Drive Files in Time Machine

Comparitech: The broadband speed test that raises money for charity