You are here: Home / Mac / The Original Macintosh Reimagined – It Looks So Good! 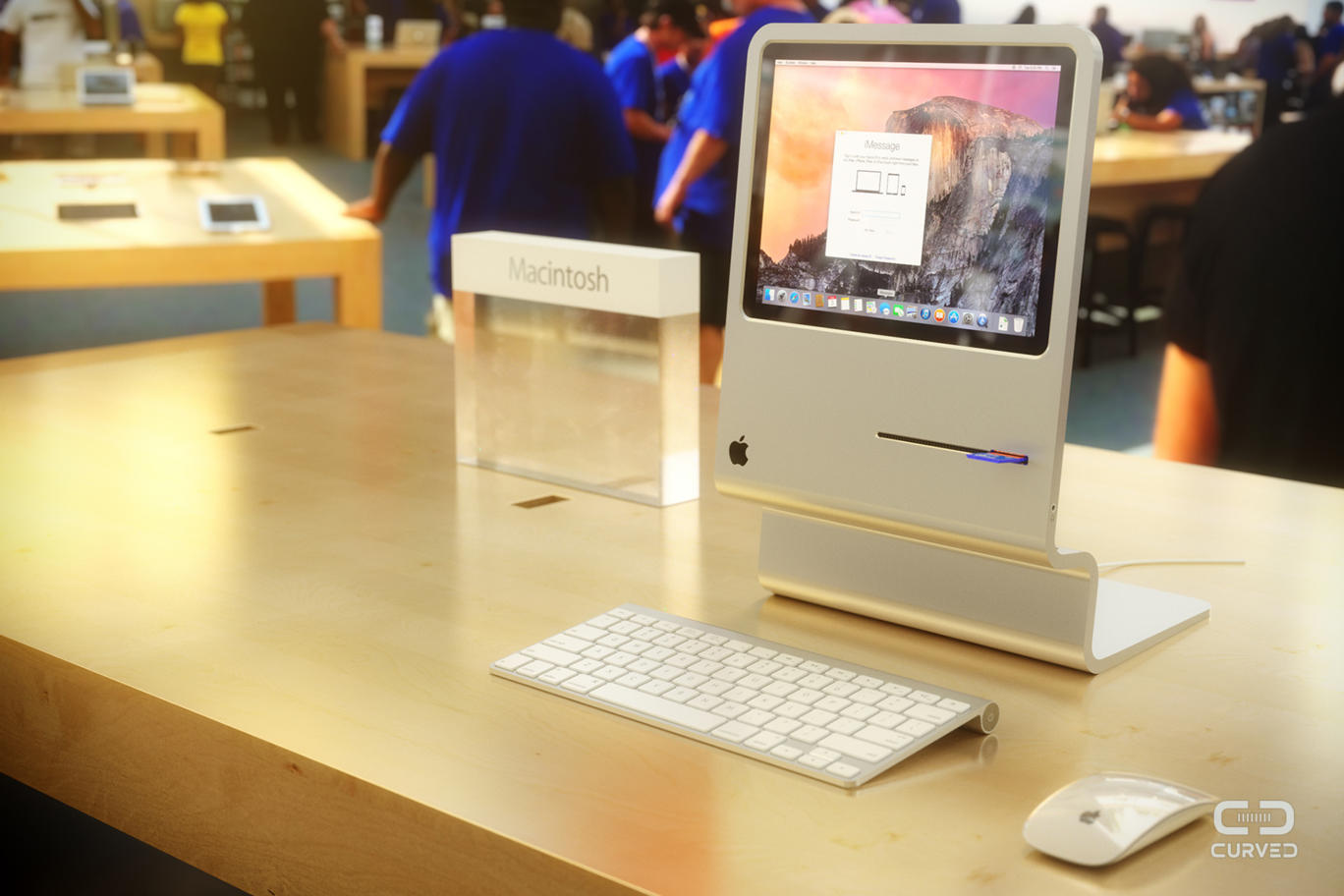 Who’s lucky enough to have had an original Macintosh? While you won’t find it on the Apple Store or a regular computer store these days, there are still existing units – for the price of an arm and a leg. The original price was $2,495, but in 2012 dollars, that was $5,555. So if you have one lying around, and you need cash and willing to part with that wonderful thing, then you know what to do.

While the original Macintosh is incomparable in terms of what it stands for, there is something to be said about its looks. We’ve definitely gone a long way in design since then.

The guys at CURVED/labs in Germany have just announced their creation: the original Macintosh reimagined, and yes, it does look good!

Want to see how they compare? I like how the core elements of the original remain the same and how the reimagined version incorporates sleek modern design.

The designers explain the creation:

The technological basis for the CURVED / Mac labs are components of a current Macbook Air 11-inch screen with on. HOWEVER, we have Transformed it into a touchscreen: You can choose Whether to control it via mouse and keyboard or type Directly Directly on the 11.6 inch touchscreen.

The specs of the original Macintosh reimagined are quite good, too:

Pretty cool, this computer is, and I think that CURVED/labs description “Macintosh meets iPad Air” is not far off the mark.

See more of the reimagined Macintosh in the video below.

What do you think? Good-looking or not? Would you buy one?