You are here: Home / Mac / MacOS Or Windows, Which One Is Really Better? 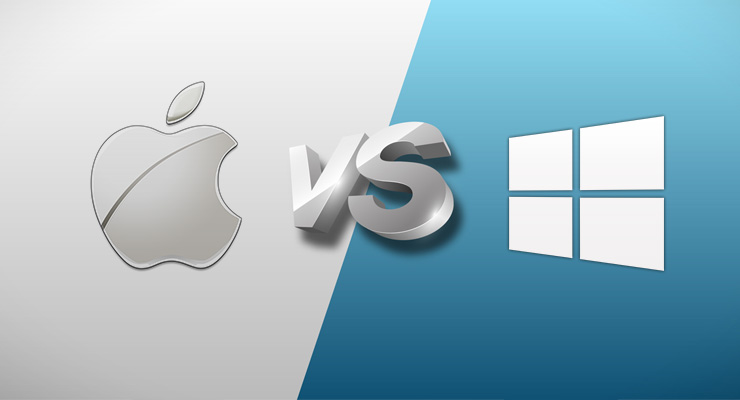 Generally speaking, each of these operating systems has its pros and cons, which should become quite obvious. After all, MacOS and Windows were both created by the masterminds but since those masterminds are human, errors are pretty much guaranteed. Although Windows is the most used operating system on the planet, today the tables are turning. Let’s take a closer look at the dilemma I’m hinting at, why they are happening, more pros and cons plus a few stats.

To begin, here is a historic breakdown of both operating systems. Each has updates and new versions are released on a regular basis.

While MacOs has remained loyal to its design, graphical interface and usability – with smooth and hardly noticeable changes – Windows has been much different. A fine example of this was when Windows 7,8 was succeeded by Windows 10 where everything pretty much changed. Was the change for better or worse, you may ask. Well, according to users of the operating systems, not really. Windows 7 continues to be considered the most stable and user-friendly operating system, and unfortunately, it’s no longer to be supported by Microsoft.

With macOS, on the other hand, every new version and every new update has only resulted in positive reactions from users.

As user-friendly as Windows 7 was, it was a really great, updated version of Windows XP. But if you think about it, Windows 10 is still confusing users with the volume of functions and extra things the OS is stuffed full of. With OSX – or macOS as it is known – it has always been user-friendly in absolutely every aspect of the operating system. Every utility is accumulated in one place, all apps are in one place, etc. To make it even easier to get to those places, MacOS also makes you try to learn some of the shortcuts which increase the user-friendly quotient.

If we are going to talk about entertainment, we have to talk about the games part of it. Regardless of how much you may want to argue with me on this one, I am going to come out and say that Windows has always been better with games. Even now with macOS starting to support more games, it still doesn’t compare close to Windows at all. But when you look at other entertainment aspects, the two are pretty much tied. But as we all know, everyone plays games and that’s everyone from children to adults and to the elderly. macOS wins this one hands down. People buy Macs mainly for work purposes, not entertainment. Video production – Mac wins. Audio production – Mac wins. Design – Mac wins. Ask just about any web or graphic designer what kind of operating system they are using and 85% will tell you they use Mac. Even when it comes down to hacking, it is not Windows or macOS preferred…it is Linux. With most any software available in today’s market, whatever it is that is available for Windows the odds are in your favor that there is going to be a Mac version. At least 90% in your favor.

As far as data recovery is concerned, Windows wins 100% of the time. All data recovery professionals are using Windows as the OS of choice. HFS and APFS, when you are looking at accidents like formats or file deletions, they often become unrecoverable due to the specific way the file systems work when erasing and portioning hard drives. Usually, the only way to recover anything from such an accident is with RAW signatures. Regarding data safety, accident-proof Windows is the most reliable.

Windows walks away with this one as well. There are numerous hybrid laptops/tablets using Windows but iPads are still running Mobile OS. The Windows tablets happen to have a full-blown version of Windows installed. However, when it comes down to the smoothness of operating with touch functionality, I still prefer iPads. Windows can get a bit glitch and buggy on a tablet but overall Windows wins this round. Although macOS is starting to pick up a few virus-like Ransomware, it is not nearly as virus prone as Windows is. Even with the assistance of antivirus programs and firewalls hackers still find ways into Windows systems. It is years of development and prime interest that has led to this. I could be wrong but even with all the favors in Apple, people still lean towards using Windows. It’s almost as if Windows is a comfort zone and the learning and exploring that MacOS presents isn’t an option.

Here is the overall score. For games and entertainment, Windows should be your pick. Anything work-related, I would say stick with Mac. It has been like this virtually forever and I doubt there will be a change unless either of them makes major changes in their development.

While it may seem like a subjective statement, I tried to be as objective as possible without overdoing the details. At the end of the day, this is just my personal opinion and I would appreciate your input. Please feel free to fill out the comments section below.