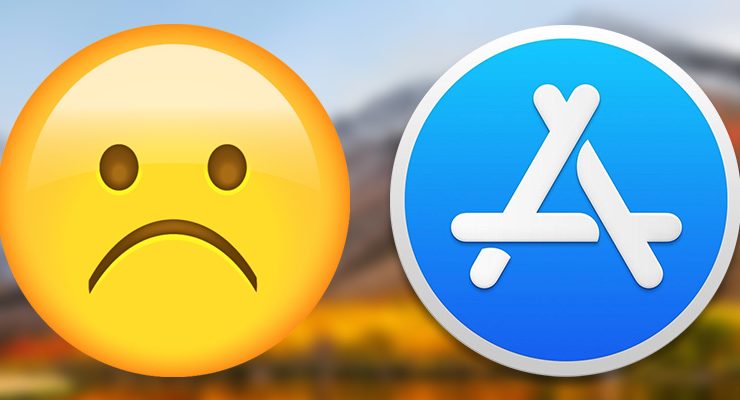 What makes the Mac App Store so bad? What makes the Mac App Store so bad? There’s more than one reason, that’s for sure.

When a developer sells an app in the Mac App Store, there’s a lot that the app can’t do. Apps must be sandboxed, so they can only interact with macOS in certain permitted ways. Apps also can’t launch at login or run background processes. You also can’t imitate the UI of any default Mac apps, which is something consumers absolutely want. This dramatically restricts the type of apps available on the store, limiting user choice and the app store’s usefulness.

Just like the iOS App Store, the Mac App Store’s search is hilariously bad. If you’re not searching for the full name of an app, good luck. Searching for a common app category to be sent down a garden path of awful apps, half of which are nothing like what you want.

The Mac App Store is also filled with scams designed to prey on the technologically illiterate. To be fair, most app stores are like this: Google Play and Microsoft are constantly battling fake and malicious apps in their store. But with Apple’s walled-garden approach, we expected better. Just search “Microsoft Office” to find a ton of absolute garbage. If you don’t know that Office isn’t available on the Mac App Store, you could easily purchase a bunch of garbage software that doesn’t do anything without Office. Considering Apple pushes the Mac App Store as the one true way to buy software on your Mac, it’s not impossible that an uneducated user could make that mistake.

No Trial Software or Paid Upgrades

Want a trial version of an expensive app? You better visit the developer’s website. Even after seven years, the Mac App Store still doesn’t offer trial apps or upgrades from free to full versions.

The worst part is, the Mac App Store is totally unnecessary. Developers of well-known apps that pulled their app from the Mac App Store saw no decrease in sales, and they get so much more freedom in exchange. What’s the point of putting up with the store anyway?

Turns out developers almost universally hate the Mac App Store. Apple gets a 30% cut of your money, and in return, developers get massive restrictions and an unreliable platform. Developers can’t reply to reviews or get meaningful analytics, and what and how they can sell is severely restricted. This drives devs away from the platform, further winnowing the apps available on the Mac App Store.

It’s not just developers that hate the Mac App Store: it’s annoying for users as well. The store’s update notifications are basically useless. They are the perpetually bouncing dock icon of notifications. This is especially true when you have a system update mixed in with a bunch of miscellaneous installations. You’ll have no idea what your computer is going to do when you click “Restart,” how long it will take, or what you’ll get as a result. And just dismissing the notification is impossible: you have to set a later date to be annoyed again. Maybe you have no interest in High Sierra because you’ve heard it’s a buggy mess? Too bad, you’re gonna get notified once a week whether you like it or not.

Why Can’t the App Store Be Better? The Mac App Store could stand to be a lot better. And it’s not like Apple is too stupid to know that. So why doesn’t Apple bother improving it? It’s impossible to say from the outside, but we suspect a lack of interest in improving the product internally. It would honestly be a ton of work to revamp the Mac App Store into a functional tool. And considering all desktop app stores (and many mobile app stores) are plagued with problems, it might not even be possible to have a functional desktop app store.

And after all that development work, would Apple gain much? Again, without internal data, it’s hard to say for sure. But we suspect the answer is “no.” It’s hard to imagine users getting really pumped about a new Mac App Store, or imagine that driving a bunch of sales of the Mac. As a result, it probably doesn’t get a lot of internal attention.

However, it’s hard not to see this neglect as a symptom of Apple’s overall disinterest in the macOS platform. While new Mac hardware is finally coming out, it’s been clear for a while that Apple’s heart and soul are in the iPhone and iOS. And that’s fine: companies need to pursue the most profitable products. But die-hard Mac users who love the platform are being left behind.

How to Make Phone Calls With Your Mac

Is an iOS stability release a good thing?