You are here: Home / Mac / Is Apple Products Hardware Quality Starting To Decline? 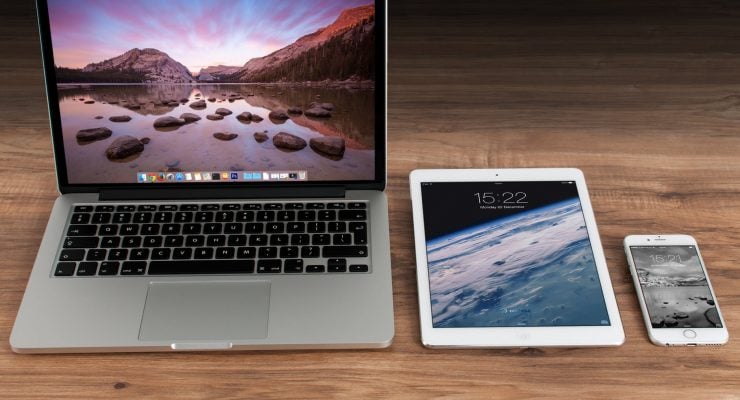 I picked up the following piece from an online forum. It explains quite well what I wish to discuss in the particular blog post. I am sharing it first and will follow it up with some of my own thoughts on the topic.

“Is it just me? Or is their quality declining, or at least, noticeably lower than their competitors? I have been a more or less loyal Apple customer, but lately, I have noticed all around me people with ‘dead’ Apple products to which Apple’s answer is ‘sometimes electronic products fail.’ The truth is, I have a 15-year old computer, an 11-year old laptop, another 8-year old laptop, a 12ish-year-old iPod Mini, a 10ish-year-old iPod Touch, a 4ish-year-old Samsung Galaxy SIII, multiple ‘old flip phone’ era phones…

I can keep going. All still working just fine. But in the last couple of years I saw my wife’s iPhone 5 failing twice, fortunately, fixed by Apple, my dad’s iPhone 6+’s death (on its 14th month!!! And Apple did not take care of it), my son’s iPad (on its 3rd year, and Apple said ‘sometimes that happens’), an uncle’s iPad (a couple years old), failing for no apparent reason, my son’s Mac, still in guarantee fortunately, with a scrambled HD, just to name a few close to me. I am not talking about water damage or abuse. Simply, one day you will wake up and they are dead. They either simply don’t come on, or they stay stuck in the Apple logo and there is nothing you can do about it.”

As an aside, has anyone noticed that your ‘micro’ or ‘mini’ USB cables are also just fine, but the Apple cables tend to break in a matter of a year or so? And they happen to be the most expensive in the market?

So, we are wondering…What is going on?

Is the strategy to lower Apple hardware quality to force replacement?

My Thoughts On The Topic

Okay, I have to toss this out there.

There’s this thing where people can order Chinese parts direct from China to assemble their own Apple devices. Does this mean all the Apple components come from China now? What happened to everything with the Apple logo on it being assembled in the United States?

With this in mind, I have to ask:

If the components are no different than any other components on the market when it comes down to mobile manufacturing, why are Apple products so um, pricey… expensive compared to its competitors?

What exactly gives these overly expensive and pricey items their value? Is it the Apple name? As it turns out, the majority of the mobile devices I see in our data recovery laboratory are iPhones starting from 5 and up. It seems that the most reliable phone to come from Apple was the 4S. Or at least, that’s what I can deduce from the phone traffic that has passed through our lab over the years.

As for Android devices, the majority of the ones we see in our lab come to us for one main reason. We see Android products simply because people are trying to jailbreak them and end up bricking them instead. I will go on record as stating that I have yet to have seen an Android phone that has failed for no good reason.

I have to emphasize that I am not trying to build up Android. If you have read any of my past Apple blog posts you’ll know how I feel about the product. Again, even with my feelings about Apple, I am simply not trying to push Android. I am just stating a fact based on the number of Apple phones we see in our data recovery laboratory versus Android phones.

What do I really think is going on here?

Well, sadly, I suspect that since the Apple creator has left us, the quality of the products has taken a drastic dive. I don’t really see it as a strategy to force Apple device owners to have to replace them after a certain time frame. I just agree with the forum post noted above that there was a time when the quality of anything that had the Apple name on it was indisputable. Sure, a tad on the expensive side, but the quality was there.

That was more or less the original concept when the company was formed and computers became commonplace. Apple always stood out from the crowd because of the high standards of quality that were associated with the brand. The name stood for something out of the ordinary and reliability.

However, things tend to change and possibly in order for Apple to remain relevant in the tech world we now live in, they have resorted to lesser quality components to fill their rather pricey devices.