You are here: Home / Mac / Integrated vs Dedicated Graphics: Which MacBook Should You Get? 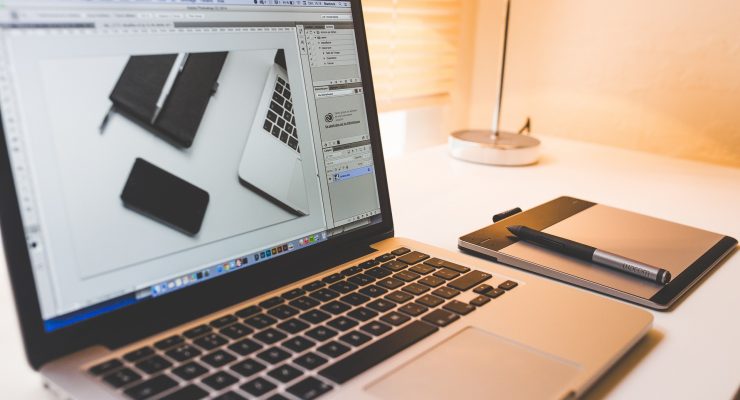 Integrated vs Dedicated Graphics: The History

Once upon a time, every computer component was a separate card. Even modern-day essentials like like audio and networking used separate physical cards. This “motherboard-daughter card” system ruled the world of early computers.

But as miniaturization advanced and part design became more efficient, manufacturers began to combine systems together. Motherboards, which were once used simply to connect components to one another, now include dozens of discrete functions. Many of the functions that began on daughter cards, like networking and audio, are now built in to the motherboard by default.

This same miniaturization trend is what’s led to the modern generation MacBooks. By saving space and power with efficient, soldered-on components, they can shrink year after year. While we might debate the trade offs between shrinking size and performance, one way Apple achieves this is through the clever use of integrated components, graphics among them.

The same integration trend that lead to laptops has also taken hold in CPUs. Today, many CPUs, including most of the Intel chips that power the latest generation of MacBooks, have graphics processing built in. This combination of CPU and GPU is called integrated graphics. Building an efficient graphics processing machine is expensive, and that cost has to be passed on to the consumer. Adding high-powered graphics to a CPU would drive the cost up far beyond simply pairing that CPU with a dedicated graphics card. When folks use integrated graphics, they’re looking for a system that can get the basics done with minimal cost and complexity. They want a graphics card that can display the operating system’s interface, handle basic animations and play videos, not something that can handle heavy-duty 3D graphics processing. So there’s no incentive to produce a highly-expensive, high-quality version of integrated graphics.

But even if market conditions demanded rocket-powered integrated graphics, there’s some big physical limitations that would make that implementation difficult. Graphics processing produces significant heat and requires substantial power. Battery life with dedicated graphics is far more limited, unless you can design a way to only switch on dedicated graphics as needed. Such graphics switching is possible with the current and past generations of MacBook Pros, but it’s buggy and not user accessible by default.

Plus, where there’s power, there’s heat. Heat is the mortal enemy of highly-efficient silicon. If you drop a hot, power-hungry GPU next to your CPU, you’ll shorten the CPU’s lifespan and lower its efficiency. And in a fanless laptop like the 12-inch MacBook, you don’t have the cooling power to counteract that heat production. That’s one reason dedicated graphics are only included in the largest, most powerful MacBook Pro.

While market forces and marketing departments drive these prices up, they’re based on real R&D and manufacturing costs. Higher retail price means more money for design and development. This means graphics companies can push the envelope, designing better GPUs for a market hungry to buy them.

Finally, dedicated cards are typically more efficient, cranking out more processing power per watt. Because power consumption is a hard limit on GPU design, they often incorporate clever designs to get more bang per watt. However, they still consume more power and make more heat than integrated graphics chips. The power floor is considerably higher on dedicated cards, limiting how far down graphics can be cranked.

On the 15-inch MacBook Pro with dedicated graphics, this can cut into battery life in a big way. On a machine with already limited battery capacity, that can be the difference between getting through the afternoon without charging and having to find an outlet. But if you need the maximum in rendering power, then dedicated graphics are the way to go.

Conclusion: Which MacBook should you get?

What’s So Bad About the New MacBooks?

6 Reasons to Buy the New MacBook