You are here: Home / Mac / How Long Does an iMac Last? 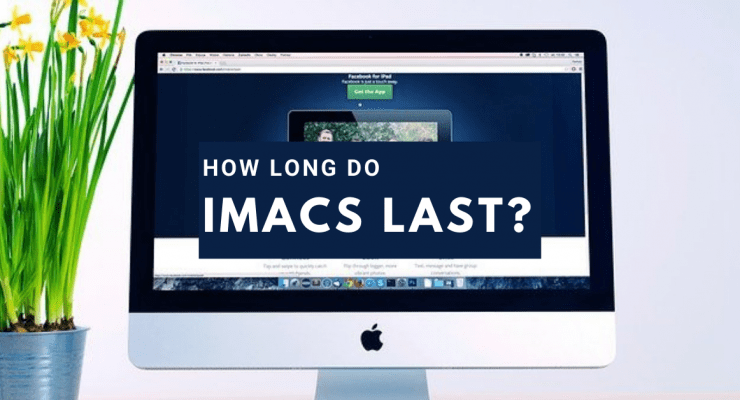 Given how much it costs to purchase an iMac, you’d want it to last forever. But just like everything in this world, it has a limited lifespan. How long it can last will depend on how you use it, of course. If you want a ballpark, it should last give or take 7 to 8 years. And that’s still with high functionality.

If you only use it for regular daily activities such as browsing the web, sending e-mails, and FaceTiming with family and friends, you can probably still add 2 to 3 more years. However, if you use it for something that needs heavier performance, like video editing and high-level coding, it’s hard to give it a longer lifespan.

In terms of hardware, excellent quality is guaranteed with Apple products (99% of the time?), and the same applies to iMacs. It’s actually one of the reasons why iMacs are quite expensive compared to other desktops. You do get what you pay for with this one. Sometimes, you only need to upgrade the RAM and add an SSD, and it’ll run smoothly despite being old.

It’ll also depend on the apps that you use in your iMac. For example, Google Chrome requires OS X 10.11 El Capitan at a minimum for it to work. So if your iMac can no longer update to this version, how are you supposed to run this app? Spotify, on the other hand, requires at least OS X 10.10 Yosemite.

How long an iMac lasts depends on how you use it. If you’re wondering if you need to replace your current iMac, there are some signs that will point you to it. Here’s what you need to look into:

Apple releases an updated version of macOS every single year. Several Mac models from years before are still being supported by this new version. However, if your iMac can no longer upgrade to the new macOS version, that just means that it’s entered Obsolete status.

Don’t worry, as you’ll still be able to use your iMac as usual. On the other hand, it also means that your iMac won’t get security updates anymore. After some time, third-party apps may also stop working on your iMac. At present, the latest version of macOS is macOS 11 Big Sur. It can support the following Mac models:

As apps are getting updated every so often, they also take up more memory space. If you have an older iMac model, chances are that your machine doesn’t have that much storage to boast of. Because of this issue, you might find yourself constantly juggling files to find enough space just to update your apps.

What you can do is free up space on your iMac if that’s still possible. If not, you might have to consider adding more storage by getting an external hard drive. However, this is not a permanent solution. Ultimately, you might have to upgrade your iMac to a new one that has more than enough storage space.

An old iMac means that your machine has a slower RAM compared to the newer models, which were designed to accommodate heavier-performing apps today. Editing high-resolution videos might be a little too slow when using your old iMac. Generally, you’ll find that its overall system performance has become subpar.

You can add more RAM to your iMac if you wish to upgrade. Switching from HDD to SSD may also provide respite to your iMac’s burden. However, upgrading your iMac to accommodate these will cost a certain amount of money, which you can use to just purchase a new iMac if it’s already time. After all, these upgrades can only buy you a short amount of time.

Has your iMac sustained physical damage to its hardware? If your iMac’s screen or its internals have been damaged that it’s deemed unusable, it would be best to replace it. Of course, you can choose to have it fixed. However, if it’s already an obsolete machine anyway, would it still be worth it to spend that much on just one component instead of upgrading to a new machine?

One obvious sign that it’s time to replace your iMac is it’s constantly experiencing software issues. If it’s already obsolete and outdated, macOS updates won’t be able to help at all. You might notice that your screen may sometimes freeze or become unresponsive. In addition, visual glitches may also be an issue.

If your old iMac frequently shuts down at random, that’s a glaring sign that it’s high time to consider upgrading to a new one. You can try an SMC and PRAM to fix the issue, you can even go as far as reinstalling macOS. If this troubleshooting still doesn’t work, that means that your obsolete iMac has reached the end of its life, and upgrading it might be your only solution now.