You are here: Home / Feature / How iCloud Will Change Your Life 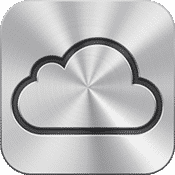 Is it a backup? Is it a streaming media service? Just what is iCloud?

Yesterday, the Worldwide Developers Conference kicked off with Steve Jobs’ usual Apple keynote, in which he covered three major new platforms for consumers: OS X Lion, iOS 5, and iCloud. That last oneÂ is probably destined to dominate the headlines, and for good reason. Here’s how it will change the way you do… well, pretty much everything.

iCloud is a suite of new apps and services that will provide storage of everything you save on your Mac, iPhone, iPad, and iPod Touch. Apple says it will even work with PCs (though you can bet that won’t be quite the same happy marriage that will occur with Apple’s own products). Say you take a picture with your iPhone. iCloud, working in the background, will wirelessly send that photo to your Mac and your iPad. And you don’t have to do a thing to make it happen.

We use multiple computing devices for both work and play. As Jobs pointed out in his keynote, keeping data current across all of these devices is a serious hassle, yet — if it works the way he claims it will — iCloud will eliminate this problem completely.

iCloud will seamlessly sync your photos, music, movies, ebooks, apps, contacts, calendar, email, device settings, documents, and other saved files, across all your devices. Ever had a Mac crash, and lose all of your downloaded music from iTunes? (Who hasn’t?) In the past, there’s been no recourse for reacquiring all that lost music aside from buying it from iTunes all over again, but when iCloud ships this Fall, that issue will be a thing of the past. Since your music is securely stored in the cloud, it’ll be a snap to get it back.

And the best part is, most of what iCloud does won’t cost a thing. MobileMe has never been a very good solution for synchronizing your data, so Apple’s ditching it in favor of iCloud. All those things you’ve had to pay for MobileMe to do up until now will become part of iCloud’s free services.

Everyone gets 5GB of free storage, which doesn’t include the unlimited storage you get for your music, ebooks, and apps purchased from iTunes, or your “Photo Stream” — an always up-to-date collection of your most recent 1,000 photos. If you need more than 5GB, Apple plans to sell expanded storage packages, though they haven’t announced details for this yet.

Another added option is the ability to have iTunes match music that you’ve ripped off of your own CDs or downloaded elsewhere online, and sync their version of that same music to your devices. They call this iTunes Match, and it’ll run you $24.99 a year to use.

On paper, it looks like a better solution than Google or Amazon are offering.Â What do you think?