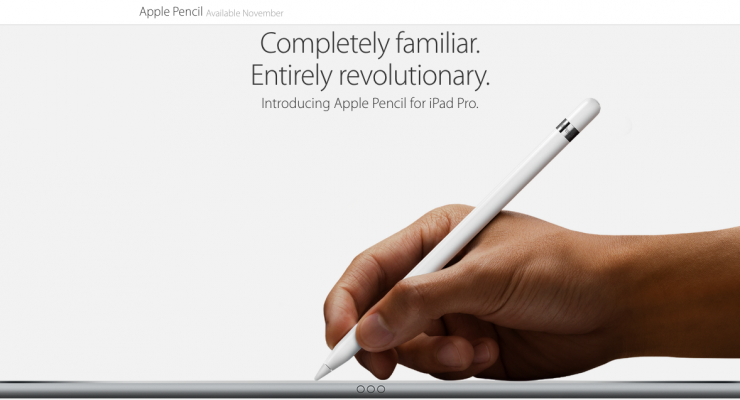 Not your ordinary pencil, yet not quite a smart pencil either, the Apple Pencil has been the butt of many jokes since it was unveiled during last week’s Apple event.

It does have pretty interesting (impressive even) features, but spoofs, parodies, disbelief, and disappointment abound. Our own Justin McGee is disturbed by the whole naming concept:

While there are a number of things from this fall’s iPhone event to be really excited about, the audacity of Apple’s Pencil begins to undermine much of it. And it’s not even about the product itself; this stylus could be the greatest stylus man has ever created (and it probably is), but the sheer pretentiousness of the name Pencil is, honestly, disturbing.

Let’s start the week with a bit of hilarity, just because.

This is first – because Spongebob.

90s kid? I can totally relate!

90s kids are about to make a killing selling pencil grips. #iPencil pic.twitter.com/LJj1yfGOxi

Why #ApplePencil not #iPencil? Scared of people poking themselves in the eye with it?

The pencil before #ApplePencil #AppleEvent pic.twitter.com/wIOYlcRGXN

I don't care if it is $199 dollars. I'm still gonna chew on it! #ApplePencil #AppleEvent

This may or may not be funny, but it sure does make you think.

Somewhere in the Stratosphere, Steve Jobs is flipping over a table and dropping F bombs like there's no tomorrow. #iPencil #stylus

So what do you think of the Apple Pencil? Are you convinced that you need a stylus?