You are here: Home / Mac / How Do Encryption Algorithms Keep You Safe Online? 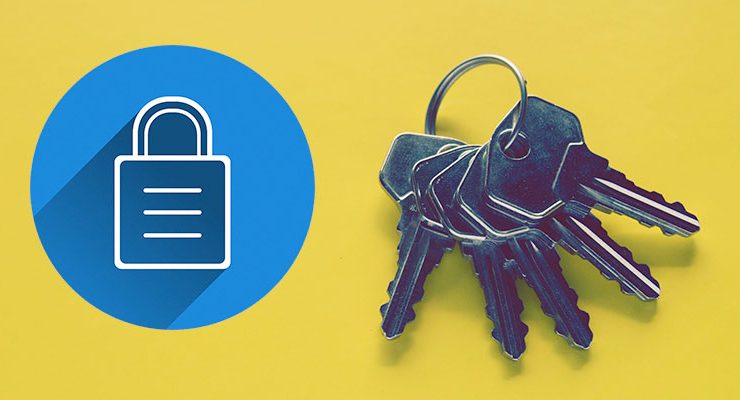 The Internet as we know it required modern online cryptography algorithms. Without these algorithms, secure communication across the public channels of the Internet would be close to impossible. By providing an easy way to hide information from prying eyes, modern cryptography algorithms allow private communications, online banking, and digital shopping to take place all across the web, at every second of every day.

But if you have no idea how online cryptography works, you might find yourself a little confused about how it all stays so secretive. Is it just one big super password protecting your credit card information as it transmits across the tubes of the Internet? Fortunately not: there’s a complex set of cryptography algorithms working together to make sure only the appropriate parties access your sensitive information.

Symmetric key encryption algorithms are the most basic type of encryption algorithm. They rely on a password to act as a key. If you have the password, you’ll be able to read the encrypted data. Without the password, you’ll just see a mess. Symmetric key encryption is the oldest form of encryption. It forms the basis of combination locks, simple ciphers and even modern hard drive encryption. Standards like AES, DES and Blowfish are all symmetric key algorithms. The method by which they encrypt and decrypt data is different, but each require only a password to permit access.

When you use symmetric key encryption, the safety of the password, or secret key, is paramount. If you need to share the encrypted information with another party, you’ll also need to provide the secret key. This exchange must be performed securely, to ensure that no eavesdroppers also gain access to the encrypted information. There are modern techniques  like Diffie-Hellmen that allow for a key exchange over insecure lines of communication, but they required significant computational and organizational overhead to manage properly. Asymmetric key algorithms don’t require shared trust, which makes them ideal for secure communications between strangers. Consider the following real-world example to get a better idea of how these keys relate.

Obviously, a physical key is not an extremely secure encryption tool. It can be duplicated, or locks can be picked. The digital “keys” used in assymmetric key algorithms are numbers containing hundreds of digits, making them basically impossible to crack. What if you want to store encrypted information without revealing anything about it? You can use a hash functions. Hash functions are one-way encryption tools that convert a message of any length to a fixed-length string called a “hash” or a “digest.” Unlike other encryption algorithms, cryptographic hashes are “deterministic”: a given input always produces the same output.

To ensure that this hashing proccess is secure, two messages can never produce the same hash. If they do, this is called a “hash collission.” Hashes with known collissions are not suitable for cryptographic use. Many non-secure hash functions, like MD5, were once considered secure until many collissions were found.

The security of cryptographic functions relies on using mathematical problems with no known efficient solutions. These problems are considered “intractable,” meaning they can’t be solved within a reasonable time span. However, many of these problems can be computed quickly in one direction, but are impossible to compute in another direction. These are called “one way” functions, and they’re perfect for cryptography.

Of course, that doesn’t make RSA-1024 impossible to crack: the algorithm could have other undiscovered vulnerabilities. But brute-force evaluation of the private key will likely remain impossible without dramatic developments in mathematics and computing.

Here are some working examples of common cryptographic methods in actual use online. You’ve likely used at least one of them today.

At the beginning of communications, the RSA algorithm generates two extremely large prime numbers. When we say large, we mean it: RSA-1024 uses 512-bit numbers, which have hundreds of decimal digits. These randomly generated prime numbers are kept secret, and represent the user’s private key.

When you see the small green lock icon in your browser’s address bar, that means a site is using HTTPS. This encrypts communications between the website and your computer, ensuring your communications stay safe. HTTPS communications are set up using a handshake, which establishes core elements of the secure communication process:

Once this information is securely exchanged and identity is verified, HTTP messages can be generated in cleartext and encrypted using the shared secret key generated by the client.

Why Your Admin Account Could Be A Security Risk

5 Habits to Improve Your Online Security Without Software