You are here: Home / Mac / Best Video Merging Apps and Splitting Apps for iOS and macOS 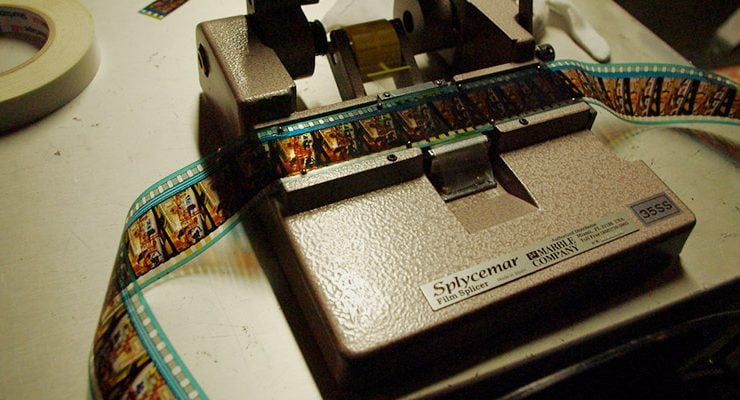 A video splitter app can break one clip into multiple pieces. Then, it can be uploaded to a video service in multiple files, or distributed in different ways. When you merge video clips with a video merger app, you’re combining them into a single video file. Then, the resulting file can be easily shared and uploaded as a single element.

There are far more video merging apps available than splitting apps, but plenty of both exist. A non-linear video editor like Avid or Final Cut Pro can do either, but they’re expensive and hard to learn. These alternative tools can get the job done without too much investment. Mergevideo.online is a web-based tool for gluing together video clips. It’s not very smart, nor is it very fast. But with almost no settings or controls, its easy to understand and use. The video files are uploaded, combined on a server somewhere, and then presented for download as a single file.

To split video files online, use CutVideo.online, made by the same company.  Both sites are basic and functional, but only work on macOS web browsers.

If you can get your head around a command line tool, then go directly to the source with ffmpeg. You’ll need to install ffmpeg with Homebrew, and the highly-prized library is well worth the download. This is the function called in the background of most free video apps anyway. You might as well get the most control you can, but the text-only utility will be confusing for Terminal neophytes.

Use the concat filter to re-encode files together, and use the time command to split the clips at specific time intervals. Explore the extensive documentation to unlock all of ffmpeg’s considerable power.

If you want to bone up on Terminal, check out our basic guides to getting started with Terminal. For splitting and merging video files on macOS, look at QuickTime Player, which is bundled with macOS. It’s the default media playback application for macOS, but it can do much more. Like Preview, much the power of QuickTime Player is hidden under the hood, in menus and options that are tucked away by default.

Move the playhead to the location where you want to split the video, then choose “Edit -> Split Clip…” from the menu or press Command + Y. To combine clips, choose “Edit -> Add Clip to End” or “Add Clip At Position”, then export the combined video file with the “Export” menu option. OpenShot is an open source, non-linear video editing application for Unix systems. Because it’s a full video editor, you’ll find far more power than simple cutting or combining of clips. But the design is simple enough and the interface streamlined enough that you won’t be overwhelmed by extraneous power. Just like any other non-linear editing platform, drag your clips to reposition in the timeline, then export the video file. To split clips, split the clips and export sections of the timeline individually. iMovie on iOS balances the limited interface with capable software. The user interface design is streamlined and straightforward, taking advantage of the iPhone’s uniquely tuned hardware and software features. It takes advantage of the best video processing algorithms offered by Apple, so management and processing are speedy even on older devices.

iMovie for macOS provides more power for creating videos, and is worth using. Any Mac users can download iMovie for free, though it requires a basic understanding of non-linear editors to use effectively.

To split clips, use the editing tools to trim down the master clip into a smaller segment. Export them clip. Then, adjust the master clip to reveal the next segment in the timeline. Export and repeat until you’ve cut out all the pieces you want.