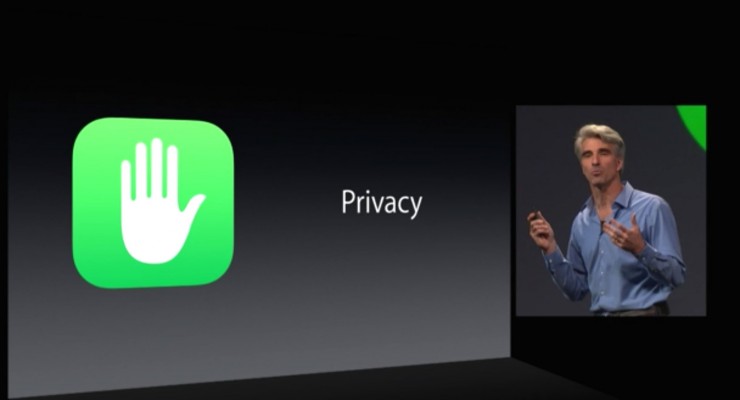 Perhaps it is a gut-level, knee-jerk reaction to the recent ISIS attacks on Paris, France, but authorities are already pointing their fingers at technology companies who encrypt users’ data and encrypted messaging apps that are specifically designed to keep users’ information secure from prying eyes, even if those prying eyes are authorities (and, in Snowden’s wake, sometimes because the authorities are attempting to pry). After the Paris terrorist attacks, Apple is one of the tech companies in the crosshairs; Apple’s privacy policy has raised eyebrows for quite some time, but users have generally been appreciative of the company’s initiative to protect their data; however, after the terrorist attacks in Paris, should we reconsider the privacy stance that Apple and other tech companies have taken in recent years?

It seems that terrorists have used encryption to avoid detection, and that has made it extremely difficult, if not outright impossible, to track them. ISIS has proven themselves to be the most tech-savvy terrorist group in the world, and it is using these apps to avoid unwanted attention. While these apps are designed to help people keep their information private, whatever that information might be, it is clear that they are being used illicitly. For years, Apple’s privacy policy has been a selling point for iPhones, iPads and Macs. Apple automatically encrypts all your data, which protects you from hackers, but it also protects you from government spying efforts. Even though government agencies have asked for a “backdoor” into your data that’s stored with Apple, the company has refused to build one.

We also refused to add a ‘backdoor’ into any of our products because that undermines the protections we’ve built in. And we can’t unlock your device for anyone because you hold the key — your unique password. We’re committed to using powerful encryption because you should know the data on your device and the information you share with others is protected.”

In short, only you can unlock your information. To gain access to your phone or computer, you have to have your unique password, and without that, even the company itself cannot take a peek into what you store on your iPhone.

In the post-Snowden world, this sounded like a great idea. Since the National Security Agency’s tactics for tracking personal information have been revealed, many people felt that the United States Government overstepped its bounds, making privacy a central, bipartisan concern. By and large, most people don’t have anything unlawful to hide on their cell phones, tablets or computers, but the principle of the matter made Apple’s stance on privacy very appealing.

Apple’s privacy policy is so appealing, particularly for your iPhone, because your iPhone is so much more than just your phone — for many people, in addition to its calling capabilities, it is their photo album, texting device, wallet, map and more. When someone has access to your phone, they have access to much more than just your call history. For most, your iPhone is your connection to the world, and you store a lot of your life on it. But, after the terrorist attacks in Paris, should we rethink our dedication to privacy? In the United States after September 11, 2001, we decided to sacrifice some of our privacy to keep us safe, but are we willing to do the same thing now? While we can appreciate Apple’s reluctance to give authorities access to our information, if it could prevent terrorist attacks like the one in Paris, would it be worth it? Obviously, that’s massively oversimplifying the argument, but it is something to think about.

But it’s not just Apple’s privacy policy; some of the apps that Apple allows in its App Store can’t be accessed either. Messages self-destruct, making it virtually impossible to track user down.

Here’s another side of the debate, though, that doesn’t get much media attention: rather than trying be reactive to terrorist, authorities could work harder at infiltrating terrorist cells and stopping these actions while they’re still in the planning stages. It’s really simple to point to Apple’s privacy policy as being something that runs counter to the authorities’ goals, but ultimately, it’s just one way to fight terrorists. Rather than simply pointing the finger at Apple and other tech companies, perhaps we should spend more time innovating news ways to fight terrorism, ways that don’t require a backdoor to users’ data.

Would you be willing to forfeit some of your privacy on your iPhone to avoid a terror attack like the one on Paris? Does Apple’s privacy policy mean that much to you? Was it part of your decision to buy an iPhone? Let us know in the comments below.