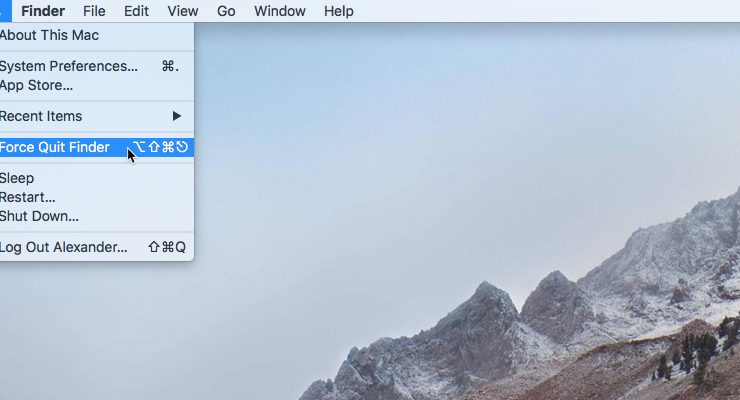 When Mac apps misbehave, sometimes you need to force them to shut down. This can happen when the app enters an infinite loop, crashes, hangs or otherwise ceases responding to user input. While it’s never an ideal way to close an application, it doesn’t generally hurt to force quit Mac applications. While it does rip the program out of memory without much warning, it won’t hurt your computer or the application.

You won’t have a chance to save your work, of course, but with many Mac apps (especially Apple’s own macOS apps) auto-saving progress at regular intervals, that’s become less of an issue. So when you force quit Mac applications, you will lose any data since your last save. However, it won’t otherwise injure the program. You certainly shouldn’t force quit when you don’t have to, but that’s more of a hygiene thing and less of a functionality thing. When you open the application again, you’ll be told the app quit unexpectedly and have the option to send an error report to Apple.

There are a couple of methods we can use to force quit apps on Mac which we will look at below.

Force-quitting applications through the dock is the most familiar method for most users. It’s intuitively obvious and generally effective.

1. Right-click on the icon of the misbehaving application.

2. Hold down the Option key to reveal the “Force Quit” option.

3. Click “Force Quit” to force the application to close.

2. Use the Force Quit Menu

Your Mac also has a menu made specifically for forcing applications to shut down.

1. Click the Apple icon at the left of the menu bar at the top of your screen.

2. Select “Force Quit …” from the drop-down menu. You can also press Option + Command + Escape to open this menu. 3. Click on the name of the application in red with “(Not Responding)” next to it. 4. Click the “Force Quit” button in the bottom right of the window.

Activity monitor also has the power to close apps. It lets you get a better handle on apps that have silently failed in the background. If you’re not actively using an application and it hits a weird hang, you might not know anything has happened. Because Activity Monitor shows the status of all open applications, you can see at a glance if any apps need to be force quit. You can also use it to quit processes, which are like sub-applications that don’t have Dock icons.

3. Click the button with an X on a stop sign in the upper-left of the Activity Monitor window.

If you’re dealing with an application that won’t respond to force quit commands, Terminal’s kill command can shut the app down hard. It’s the most dramatic way to force an application or process to stop, but in our experience, it’s always effective.

2. Type the following command to find the process number of the hanging application:

Replace [Application Name] with the name of the application you want to force quit. For example, to find Chrome, we would type the following:

This will simply show all the running applications that have that application’s name in their disk location. It won’t quit anything yet.

3. Scan the resulting list for the correct application or process. Take note of the four- or five-digit number shown before the process’s name. This is the process ID, or PID, which will be used to kill the application.

Here we can see that Chrome has the PID 2745. If you get multiple results for the application, look for the one that ends in “/Contents/MacOS/[Application Name].”

4. Type kill followed by the PID from the last step. For example, kill 2745 will shut down the process with the PID 2745.

How to Change All Mac Default Apps

How to Read Crash Reports on macOS

Do You Need To Repair Disk Permissions on Your Mac?