You are here: Home / iWork / Why Apple’s Productivity Apps Should Replace Microsoft Office for Mac Users 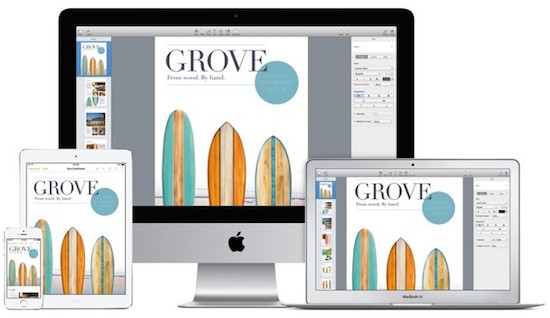 For years, Microsoft Office has been the gold standard for productivity software for business. If you took an inventory of the applications on most computers used in the corporate environment, chances are you’d find some version of Word, Powerpoint, and Excel installed on the majority of hard drives. MS Office has gotten so ubiquitous in fact, that it is installed on more than 85% of business workstations worldwide, making it as dominant in the productivity software space as Window is amongst operating systems. Fortunately, Apple has created a viable alternative to Office in the form of Pages, Numbers, and Keynote, collectively known as iWork. These apps provide most of the same functionality as Microsoft’s software, but with the simplicity and ease of use that we expect from an Apple product. Here’s iWork is the better software solution for Mac users.

While Microsoft has failed to update Office for Mac since 2011, Apple has continued to refine its software, offering improved functionality, better performance, and slick new features. As a result, Pages, Keynote, and Numbers have gained a level of parity with their Office counterparts, and in some ways even surpassed them. With yearly updates, iWork continues to improve, and has evolved to meet the times. Over the past few years, Apple has added mobile integration, support for iCloud, and access to web versions of the app. Meanwhile, Microsoft continues to promise an updated version of the Office suite for Mac is coming soon, but there has been no indication of when exactly that will happen.

MS Office for Mac will set you back about $90 for the Home and Student versions, while the business edition costs $150 per user. Mind you, that is for the 2011 edition, which is now well over three years old. When Microsoft releases their next update, it will be for Office 360, their cloud based solution that comes with a $10/month subscription fee. That means, owning Office will cost you $120/year in perpetuity, should you continue to use the product. Cancel your monthly subscription, and all of your software will cease to operate. Apple charges just $19 each for Pages, Numbers, and Keynote. That gives you the flexibility of only purchasing the apps you need, with a total price tag of less than $60 for the entire suite. Better yet, iWork comes pre-installed on all new Mac laptops and desktops, as well as iOS devices. That means, when you buy a new Apple product, you get the software for free.

Because there are versions of iWork for both Mac and iOS devices, you can actually create and edit documents on your laptop, iPhone, iPad, or even iPod Touch. And if you happen to be running iOS 8 and OS X Yosemite, the Handoff feature will allow you to start working on a file on one device, and seamlessly continue working on that same document on another. This is incredibly useful for busy businessmen and women who need to be able to stay productive while on the go, without compromising the tools that they have at their disposal. With the introduction of iOS 8 and OS X Yosemite, Apple has also opened access to iCloud Drive, a storage solution that makes sharing documents between devices even easier. If you use any of the iWork applications, you can automatically save your documents to the cloud, and they will be available to open, and edit, on any of your other devices at any time. This is incredibly handy for keeping your important documents up to date, and it can ensure that those files are properly backed-up as well. Microsoft does offer similar capabilities with its One Drive service, but in order to use it, you must also upgrade to the Office 360 suite with the monthly subscription fee. That is, once it actually becomes available for Mac.

The iWork suite of software isn’t just available for use on your Mac, iPhone, and iPad – it is also available on the web too! Apple has built fully-functioning versions of Pages, Numbers, and Keynote into iCloud, giving us access to the software – as well as all of our files saved to iCloud Drive – from just about any computer that has an Internet connection. While the web versions of the apps remain in Beta at the moment, Apple continues to update them regularly, improving speed and functionality over time. This very handy option means that we have access to productivity software whenever, and wherever, we need it.

Apple knows that MS Office is the standard for productivity software across the globe, which is why they have built in compatibility with Microsoft’s file formats. Word, Excel, and Powerpoint documents can be opened – and edited – in iWork, with ease, and all files created in Pages, Numbers, and Keynote can be saved in the proper Office formats as well. This makes sharing files with others who are not using Apple’s software a breeze, and eliminates the worry of knowing whether or not the person you are sharing a file with can actually open it.

Make no mistake, iWork isn’t for everyone. Heavy-duty Excel users could find Numbers lacking in some key features that they rely on heavily, making it difficult to make the change. But Pages is more than capable of holding its own with Word, and Keynote surpasses Powerpoint in many ways. For the vast majority of users, Apple’s productivity apps provide more functionality than they’ll ever need, and when you consider all of the factors listed above, it is easy to make a compelling argument as to why Mac users should choose iWork over Office.

Why You Should Skip the iPad 3

Is Apple Selling Too Many Products?