You are here: Home / Apple Mail / Do We Still Need iTunes? 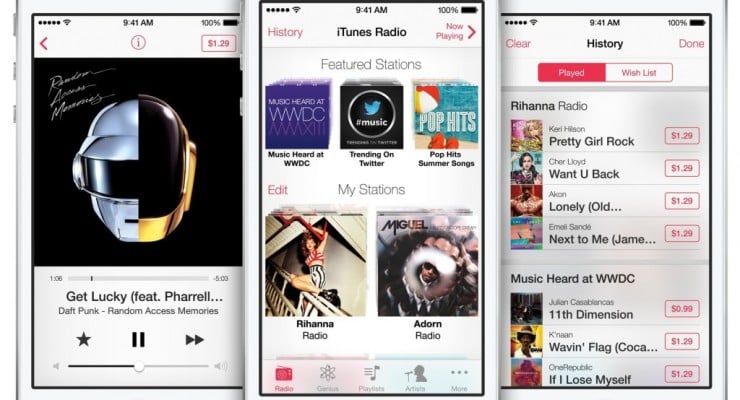 In the past, advances in sound recording have not only changed the way we listen to music but also the way we consume it. Now that we’re firmly in the era of digital music streaming, what is the purpose of our physical media? Or even our iTunes library? The modern Apple was built, at least in part, on iTunes and the iPod, but in this new era of music consumption, do we still need iTunes?

Though the history of sound recording is long and varied, I’m going to skip a lot of it and go straight to the arrival of the LP. After the introduction of the LP, innovations in sound recording really took off, moving from quickly from LPs in the 40s to cassette tapes and 8-tracks in the 60s to compact discs in the 80s to MP3s in the late 90s and early 2000s. But the transition we’re experiencing today is a little different than previous transitions from music player to music player. When we moved to MP3s, we lost any sense of a physical music collection, but we still carried around our iPods, our dedicated music machines. Today, music still lives on our phones, but the phone isn’t solely dedicated to music. And recently, even the idea of wasting our phone’s precious gigabytes on music has seemingly become very strange, a testament to the power and influence of digital music streaming services. According to a 2014 Nielson review, new song downloads (actual purchases of songs) is down 10.3%!

At best, iTunes is a piece, a shred, of our not-so-ancient music past; it’s a vestige of years of collecting records, tapes and CDs. Even in the most recent redesign of the software, your music is still categorized in albums that look a lot like jewel CD cases. iTunes looks like a big shelf where we keep all of those old CDs that we don’t really listen to anymore, and we rarely buy new CDs to add to this collection.

iTunes is a tool of nostalgia. Now, I know there will be those who disagree with me. Part of me is even disagreeing with me. I love using iTunes to listen to my old albums; it’s so much more convenient  than finding that old John Mayer CD (Say what you will!) and finding something in my house with an optical drive (only an old PlayStation 3).

Even with the convenience of listening to the albums I own on iTunes, will I still buy John Mayer’s next album? Probably, but that’s a personal problem. For most of the music that I want to listen to, I just stream it. I have to really love an artist or album to buy it, and that doesn’t happen nearly as often as it used to. In fact, it’s not happening nearly as often as it used to globally.

The future of music isn’t owning music; the future is streaming it! And it’s not just music. Television and movie streaming services like Netflix, Hulu and Amazon are making so much money because people don’t want to go through the trouble of buying physical copies of these things anymore. DVDs were always too expensive, and making yourself watch a DVD you actually bought is almost impossible.

With that said, I think there’s room for iTunes in this new era of media streaming. There have already been reports that Apple will release an online cable streaming service similar to SlingTV,  and renting movies straight from your Apple TV, Mac, iPhone, iPad and i… (you get the point) is so simple, you don’t mind paying a few extra bucks. It saves me a trip to Redbox. In the music industry, Apple Music has put Apple in direct competition to other streaming services like Spotify. (Spotify, please stop sending me emails—I’m not coming back.)

iTunes needs one simple thing: rebranding. The name “iTunes” is too focused on the music. Apple needs a much bigger program that works like a media center, and iTunes, working in conjunction with Apple Music, should be the music library for it. This program should have music, movies, TV episodes, video games, books and apps. Right now, iTunes is doing almost all of these things, but the moniker isn’t right. It doesn’t fit. Apple’s branding seems to be moving away from iThings. Putting a lowercase “i” in front of a product name is so early aughts. What used to feel so fun and cutting edge is really lame now. I mean, Serta, (yeah, the mattress company) has an iComfort collection. I think it’s only nature for the company to rename this bigger program something that feels fresh and new. Sure, the iPhone is the iPhone and the iPad is the iPad, but that doesn’t mean that every other future product has to follow suit. It’s almost feels kitschy.

A program this large would eliminate the need for a number of other smaller programs that only have one function. This could be part of a larger rollout, and people will adjust to it. So I believe that there is a future for iTunes, or at least a program that does a similar function, but we all need to break way from these antiques from previous versions of software.

Technology moves extremely quickly, and nostalgia only slows us down.

What do you think about iTunes? Leave your thoughts in the comments below.

Will Beats Music Ever Be Absorbed Into iTunes?