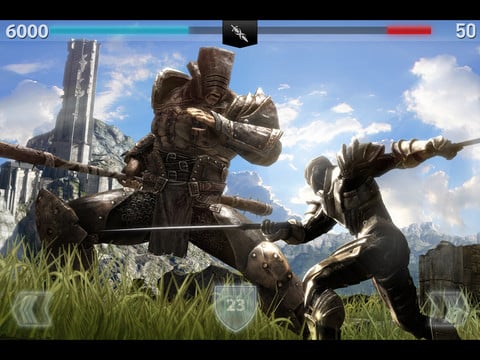 In honor of the App Store’s 5-year anniversary, Apple has compiled a list of what it considers the 10 best third-party apps of all time, and best of all, these ten apps are free. Grab them fast, because the freebie sale only lasts one week: Monday, July 8th through Sunday, July 14th. After that, the ten apps go back to their regular prices.

There are some truly terrific apps here, including several that typically fall on the pricier side of the App Store’s catalog. Pro music mixing app Traktor DJ, for example, usually sells for $20.

Apple hasn’t formally released their list yet, so we don’t officially know all 10. But the following apps are confirmed to be part of it, and we’ll update this page when Apple makes its official announcement.

Update: Apple has updated the App Store with a page explaining that these anniversary-celebrating apps are not “the best apps ever,” as previously expected. Instead, they’re listed as “five groundbreaking apps” and “five landmark games.” Since the App Store separates them this way, I’ve updated this page to list them the same way, as you can see below.

An awesome interactive atlas that helps kids (and parents) learn geography and other cool stuff about the Earth.

Also: to celebrate their inclusion on the list, Barefoot Books is offering several of its real-world “Travel the World” titles at 25% off when you buy online and use the promo code “APPLE.”

Why can’t keeping a diary or journal be as easy as tweeting? Now it can! Coolness: the iPhone and iPad apps sync to each other.

Regular price: $4.99
Made for: iPhone & iPad
Download Day One

How to Cook Everything

Regular price: $9.99
Made for: iPhone & iPad
Download How to Cook Everything

Makes it simple to add cool text to your photos, with always-great-looking results.

Anyone can mix amazing, pro-level music tracks in seconds with this fantastic app.

Like Angry Birds on crack, this game has you helping creatures through a creepy, atmospheric forest full of platforming goodness.

Sequel to the bestselling, gesture-based action title with probably the best graphics of anything on iOS.

Also: to celebrate IB2‘s selection, Epic Games has also temporarily reduced the price of the original Infinity Blade from $5.99 to $2.99.

An 8-bit adventure game set in a fantasy realm that cleverly uses music as part of its play mechanics.

Sidescrolling action/adventure where you propel birds into the air using hills.

Regular price: $.99
Made for: iPhone & iPad
Download Where’s My Water?