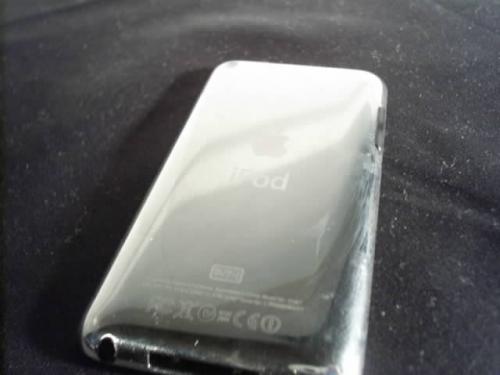 Just yesterday rumors and leaked images of the 7th gen iPod Nano were all the rage but now images of a prototype 5th generation iPod Touch are swarming the Internet. The proto-touch shows a capacity of (roughly) 128 GB and a capacitive Home Screen button.

The images below were obtained by Mac Rumors and sent elsewhere by an anonymous source. The DVT-1 marking means this iPod Touch is an early prototype which isn’t surprising as it runs iOS 4.2.1. However, there is no way of verifying the authenticity of these images.

The shots are blurry but assuming this Touch is real, it shows Apple’s growing interest in killing off the Home Button. Rumors cropped up the iPhone 5 would do away with the Home Button in favor or a capacitive solution, possibly a button icon on a larger, taller screen. This could be Apple experimenting with the practicality of a touch only Home Button.