You are here: Home / Accessories / Apple Gadgets to Avoid This Christmas 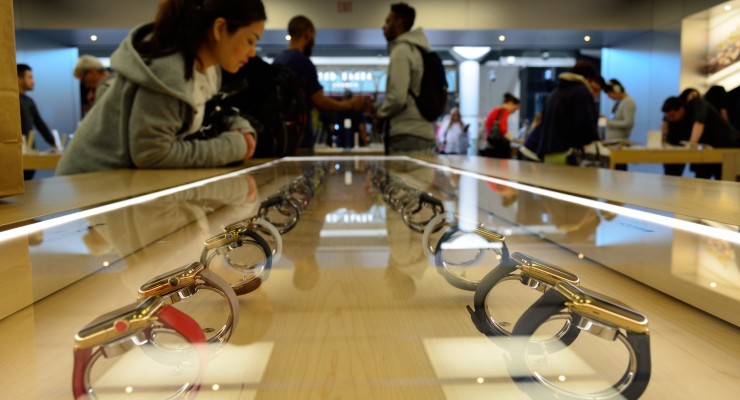 Everybody loves to get Apple products, right? If you buy into Apple’s holiday advertising campaigns, you’d be forgiven for believing that Apple products themselves can produce insane amounts of joy and peace among humankind. But that’s not always the case. Yes, it’s great to cash in on some of the great deals on Apple products this time of year, but it might be a better idea to buy those things for yourself, rather than trying to shoehorn a great Apple deal into your family’s wish lists. In the run up to the great Black Friday deals on Apple gadgets this year, we here at the Apple Gazette and many other tech blogs talked about the discounts you could find on Apple Watches, iPads and other Apple-related products. While those deals were great (and there are still a few left), all of them never made sense for gift-giving. In truth, there are some Apple gadgets to avoid this Christmas. It’s hard to believe, but some Apple devices simply don’t make good gifts. iPads and iPhones are great, and they make a lot of people happy on Christmas morning when they’re sitting under the tree, but as Apple’s product lines get more diversified, it gets harder to mindlessly give them to family members and friends. It’s like giving clothes — yes, your brother-in-law may really love that shirt you gave him for Christmas, but he’s never going to fit into a small.

It might be the newest product line the tech giant has, but the Apple Watch actually doesn’t make much sense as a Christmas gift. First, this device is incredibly customizable. It’s almost impossible to choose the right model (the basic models are the Sport, Apple Watch and Edition), and then you have to choose the right band. Does your special someone want a leather band? Stainless steel? Fluoroelastomer? Then, you still have to choose the right color. And if you want a combination that Apple (and/or Best Buy) doesn’t stock in the store, you’ll have to order it and just hope that it comes in long before Christmas. Good luck.

Additionally, the Apple Watch is truly a niche product. Not everybody wants one, and some people truly hate the idea of wearing a tiny computer on their wrist. It can come off as a little out-of-touch or snooty. Further, if someone wants an Apple Watch, he or she probably already has one. After all, we’re already eight months into the first-generation of the device, and if you’re someone who doesn’t mind the hassles and frustrations associated with first-gen technology, you’re not waiting until Christmas to unwrap one under the tree.

In short, buying an Apple Watch for someone you love is an extremely generous thing for you to do, but it might turn into more of a headache for both of you.

If you know someone with an Apple Watch, however, picking up an extra band or a funÂ charging station could be a nifty gift idea.

Remember when giving iPods as gifts was a good idea? Okay, it wasn’t that long ago, so the chances are that you do. And as recently as last Christmas, you may have ever received one yourself. This is the year to break traditions. That’s not to say that I’m anti-iPod — I’m quite bullish about the iPod, but unless you’re giving it to a 10-year-old, just save your money. As I’ve written before, the iPod has become the gateway drug for more Apple products. (That’s why Apple wants you to believe that the iPod works so well for kids.) The iPod Touch is a great little device that does almost as much as a full-fledged iPhone (complete with iOS 9), but for most people it’s just too limited or it serves exactly the same function as their iPhone. And if the person you’re thinking of buying for isn’t in the Apple ecosystem, the iPod really doesn’t make much sense. As mentioned earlier, the iPod really is your entry to Apple’s ecosystem, so if you’re using Microsoft or Google products, the iPod will really stand out in your fleet.

Unless someone you know has specifically asked you for an iPod — which could be the case for an exercise enthusiast who wants to leave his or her phone behind during a run — just skip the iPod. It’s seen a better day. A much better day. It’s easily one of those Apple gadgets to avoid this Christmas.

Okay, I admit it: we all like unwrapping a new iPad on Christmas morning, but the iPad Pro is an exception! I mentioned that the Apple Watch is a niche device, but the iPad Pro is even niche…er. There are a lot of people who are interested in the iPad Pro, but it remains to be seen how many of them will actually spring for such a large tablet with a hefty price tag.

Next year the iPad Pro might be the hottest thing on everyone’s list, but for now, let’s take the wait-and-see approach. Will it just be a big tablet for people who want an iPad with a bigger screen, or will it be the fabled laptop killer? I don’t know, and I don’t think that Apple knows yet. Even though it’s a relatively familiar device, the form-factor makes it a much different animal than the iPad and iPad Mini. Again, wait-and-see.

What devices make your list forÂ Apple gadgets to avoid this Christmas? Let us know in the comments below.