You are here: Home / iPhone / When Will Apple Release A 5G iPhone? 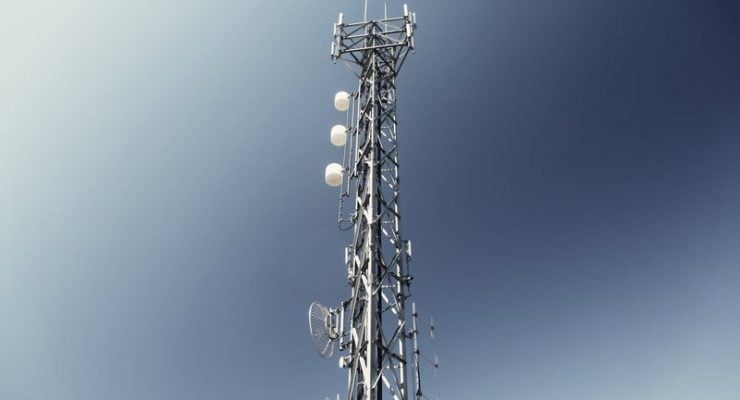 As discussion about 5G connectivity begins to appear in the media and the technology takes its first steps towards becoming a reality, it’s tempting to wonder when iPhone users might get their hand on this fast new technology. When will Apple release a 5G iPhone, and will it be any time soon? 5G is the shorthand for fifth-generation wireless networks used to serve data to mobile phones and other compatible devices. It’s new, it’s flashy, it’s blindingly fast, and almost completely theoretical at this point. A clearly defined standard has yet to be written, but that hasn’t stopped telecomm companies from getting started in development.

As of today, 5G uses the 28 GHz band, sometimes known as millimeter wave spectrum. Mobile phone companies like Qualcomm, Nokia and Samsung have been experimenting with the technology, saying they’ve achieved speeds as high as 10 gigabits per second (Gbps) in laboratory settings. This is several times faster than the current 4G LTE standard, which can theoretically support a maximum download speed of 1 gigabit per second, depending on which version of the LTE standard is implemented. However, 4G LTE users more frequently see speeds in the tens of megabits.

What Benefits Does 5G Offer? It’s a little tough to talk about what exactly 5G is, however, since it doesn’t technically exist yet. The specification is still in active development. Whatever technologies that telecom corporations land on, they’ll call the next generation of wireless communication technology 5G. However, the International Telecommunications Union (ITU) which defines connectivity standards, has floated some very basic requirements for the “5G” moniker, including the following:

These increases in data speed could mean major changes to the ways that we use the Internet. Devices like self-driving cars could communicate fluidly over this new bandwidth, and the ever-proliferating IoT devices of today will get lightning-quick communication with their server-side components with jamming the precious bandwidth of today’s fully-loaded 4G networks.

Lower latency promised by 5G also means that the overall user experience will be faster. As it stands, 5G plans to drop tower-to-device latency from 50 milliseconds over 4G to 1 millisecond, enabling ever-faster communication. For applications like self-driving cars, where time-sensitive communication is critical, this benefit cannot be oversold. A car traveling 60 miles per hour will move 4 feet in the time it takes to communicate with a 4G tower, but the same car will only travel 2.8 centimeters in the time it takes to talk to a 5G tower.

5G should also be able to support great coverage area, higher system utilization, and greater spectral efficiency. This means that more devices can be connected, at higher speeds and with greater reliability, over 5G than over 4G.

All in all, 5G promises a super-fast and super-efficient network of the future. But when will it be coming to an iPhone near you?

When Will 5G Get Here? 5G won’t be coming any time soon, unfortunately. The time span between wireless network generation tends to run around 10 years. 4G LTE saw its major United States rollout in 2010. We’ve got a few years before LTE starts fading away and 5G takes over. Experts predict that commercial systems will be ready no sooner than 2020.

Chip-maker Qualcomm currently offers the Snapdragon X50 5G modem, which is one of the few 5G modems available. Intel also announced their own 5G-capable modem at CES this year. Apple uses both manufacturers’ modems in iPhones, so users could eventually see later generations of these modems in their phones.

However, the lack of available devices or broad network support isn’t stopping everyone. Earlier this year, AT&T promised a 2017 rollout of 5G to Austin, Texas and Indianapolis, Indiana, promising peak speeds of at least 400 megabits per second. Verizon has also announced that they’ll be testing 5G in some smaller markets by mid-2017. But considering the lack of a defined 5G standard, this seems more like a showcase for development than the beginnings of 5G coverage.

When Will a 5G iPhone Get Here?

As it stands, a 5G iPhone is far in the future. But even if the technology was ready, it doesn’t mean that Apple would create a 5G iPhone for the next release. Long-time Apple fans will remember that, even as 4G took off in Android devices, Apple stuck with 3G on their phones until the release of the iPhone 5 in 2012, a full two years after Verizon first booted up their 4G LTE network in the U.S.

The investment of creating and implementing a new wireless standard is immense. Wireless carriers like Verizon and EE still need to build 5G-compatible networks, and there’s currently no roadmap for 5G implementation. While consumers can still benefit from the latest 4G phone deals, a fully-fledged 5G version is likely years away, even with the incentive carriers have to improve their customer experience. It looks like we’ll just have to be patient.