You are here: Home / iPhone / What Is Screen Mirroring on iPhone 12? 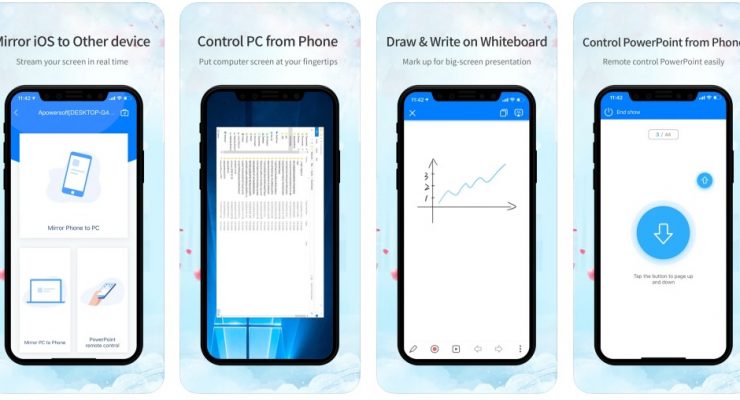 Screen mirroring is one of the newest technologies that enable devices like your iPhone and your iPad to connect to another screen wirelessly and show the same display. It’s a useful feature that people now commonly use during presentations and meetings thanks to its convenience.

However, a lot of people actually misunderstand what screen mirroring technology really is. Here are some common misconceptions:

First of all, online video calls require an internet connection. Screen mirroring does not. It only requires the sending and receiving devices to be connected to the same network, even without the internet. Video conferencing software such as Zoom and GoToMeeting can happen between separate devices across the world, connected by the Internet. On the other hand, screen mirroring can only be used in a “localized” setting. That means that both devices have to be in the same room for them to work.

No, it’s not. Media streaming is essentially what platforms like YouTube and Netflix provide. You can play an audio or video file continuously on your device through the Internet. With screen mirroring, what it does is just showing what’s displayed on one device on another’s screen for better viewing purposes. However, while it’s generally used for presentations and collaborations, you can also play videos on your iPhone 12 and mirror them to your Apple TV.

Gone were the days when you always have to lug around thick cables and dongles with your laptop when you have to make a presentation in class or meetings. The beautiful thing about screen mirroring is its wireless technology. You no longer need physical connections like HDMI and VGA to show what’s on your laptop display to the big screen. The same principle now also applies to smartphone devices such as your iPhone 12.

So how does screen mirroring work on iPhone 12?

Here’s how to use screen mirroring on your iPhone 12:

To use this software properly, make sure that both devices are connected to the same network. When you open this app, it should start looking for available smart devices nearby. After you select one, it’ll generate a pin for you to enter and that’s it.

Why use screen mirroring?

Because it’s convenient and serves a great purpose when it comes to making presentations. Schools utilize this technology, as it caters to different types of devices, which are typically found in their facilities. It promotes collaboration and makes presentations much easier.

The same can be said when it comes to business meetings. Screen mirroring enables colleagues to share reports and collaborate much easier than having to connect several devices when making presentations. Since offices also use different types of devices, screen mirroring makes it quicker to make a wireless presentation and compatibility across different platforms.

Last but not the least, people like using screen mirroring technology for home entertainment. You don’t have to settle for a small screen when you can simply utilize this feature and watch your videos on a big screen. As long as you have a compatible receiver, screen mirroring will be a breeze.