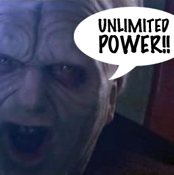 Verizon today confirmed weeks of rumors, stating that as of this Thursday, July 7th, unlimited data plans will be no more. Unless, of course, you’re an existing Verizon customer with an unlimited data plan. You folks get to keep yours, even if you upgrade to a new phone. But new customers — including newbies who sign up for the Verizon iPhone — are pretty much screwed.

Also, if you go over your data limit, you’ll owe Verizon $10 for every gigabyte. Verizon is also changing the LTE mobile hotspot service, which until now has been a free-for-all, regardless of how much it’s used. Starting on Thursday, current mobile hotpsot users must pay $30 a month to keep their unlimited data usage, while new LTE customers will be charged $20 for 2GB of mobile hotspot service.

This sucks. And I can’t help wondering how it will change the amount of time smartphone users spend online. Will noobs to the smartphone game shun their shiny new phones in favor of laptops, where unlimited Internet is still the norm? Or will they just suck it up when the bill arrives for their new data charges?

New Verizon customers: What will you do?