You are here: Home / iPhone / The Toilet Test: The iPhone 6 Plus Versus the Galaxy Note 4 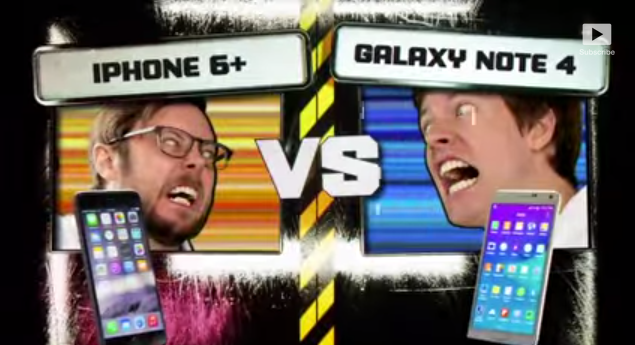 Stress tests – serious or not – are always fun. Whether it’s focused on just one phone or it’s a comparison between different units, there is something about these tests that relieve us of our stress – even if momentarily.

Now, if it’s an iPhone and a Samsung phone pitted against each other, we know that’s going to be more fun. Unless the iPhone gets beaten miserably. 😉

The guys at WIRED did exactly that. In a Battle Damage video, they show us the iPhone 6 Plus versus the Galaxy Note 4. AND a toilet.

As they say, “You’re either #TeamiPhone or #TeamGalaxy but at the end of the day only one of the devices can be named the toughest.”

We definitely know what team we’re on, but how will the iPhone 6 Plus fare against a toilet? Care to guess?

We won’t ruin it for you, but we’ll definitely NOT say the iPhone 6 Plus is crap.

Here’s the battle in its full glory.

So what do you think?

Samsung Does It Again: Makes Fun of iPhone 6 Plus