You are here: Home / iPhone / Wear Your Fandom With a Marvel iPhone 12 Case 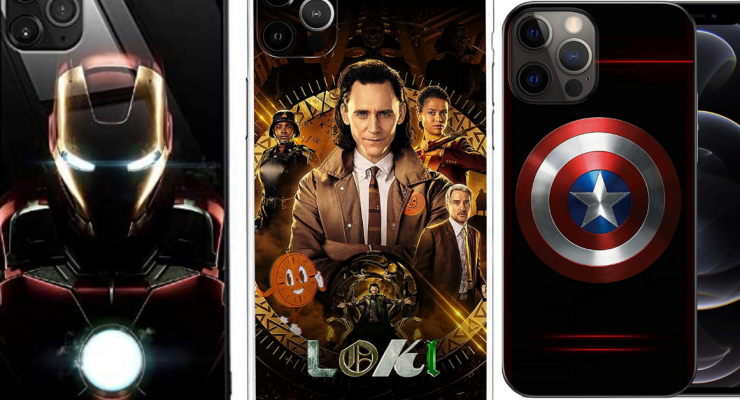 The Marvel Cinematic Universe or MCU is one of the biggest media franchises in the world. Based on the Marvel comics, this franchise has several movies and TV shows under its belt. If you’re a fan just like the rest of us, why not show it off by using a Marvel iPhone case? You can wear your fandom not just via clothing but through accessories as well. If you have an iPhone, here are some great choices for a Marvel iPhone case.

Of course, we’re going to start off with Iron Man. He’s probably the most famous Avenger. He’s well-known for the mechanized suits that he himself built. This case shows just that, along with the famous light on the chest. It’s an LED light-up case that’s perfect for true Iron Man fans. Okay, maybe Cap is the most popular Avenger…He’s almost always the one who leads the group (or together with Iron Man). We all recognize that shield, which is what’s beautifully depicted in this iPhone case. Peter Parker, also known as Spiderman, also has his own fandom. In the recent films, he became a protege of Iron Man. Because he was bitten by a radioactive spider, his costume has a black spider depicted on the chest. This unique attire is what is showcased in this iPhone 12 case. Just one look and you can easily tell that it’s Spiderman. Remember that time when Thor became fat in the movies? He’s usually seen as a muscular God who is the only one who can carry the mighty hammer. However, this particular scene surprised a lot of fans and many found it hilarious and unbelievable. If this was one of your favorite scenes, why not get a case with this specific display? Fellow fans will definitely have a laugh when they see it. And who can forget Thor’s little brother Loki? The God of Mischief always surprises fans when his actions sometimes show affection for his brother and wickedness at other times. A lot of viewers can also empathize with why he is the way he is. Loki now has his own TV series, and this case displays the main characters of the show. Hulk smash. But not your phone. Of course, we can’t forget the most famous female character in the Avengers: Black Widow. She’s one of the most skilled spies and assassins in the world (or in the MCU anyway). Black Widow is known for her auburn hair and black suit, which is what’s outlined in this iPhone case. It shows her in a battle pose, just about to go into action. Also known as Scarlet Witch, Wanda has the ability to harness Chaos Magic. In WandaVision, many scenes take place across different decades. Only a true fan would appreciate this iPhone 12 case that depicts the different Wanda’s through the decades. The hero of the Infinity War? You discuss, but there’s this unique visual that shows whenever Doctor Strange uses his power and this is what this phone case depicts. If you want all of the Avengers in one iPhone 12 case, then this is the one you should get. It shows all the members of the Avengers in a cool visual. It doesn’t hurt too, that the case itself is shockproof. This phone case is made of high-quality materials so it’s durable and will last you a long time. The most epic movie so far in the MCU franchise was when the Avengers went into battle against Thanos. If that is something you want to commemorate, then this iPhone 12 case is for you. It’s slim too, so you can fit it anywhere. In addition, it features shock-absorbing air pockets so your iPhone 12 is protected against drops. Something a little more on the cute side is this iPhone 12 case called Atsume Assemble. Instead of the actual characters, this phone case features adorable cats wearing Marvel costumes. It deviates from the usual serious character iPhone 12 cases and leans more on the fun and cutesy side.