You are here: Home / iPhone / LoopPay: An Apple Pay Alternative with More Options 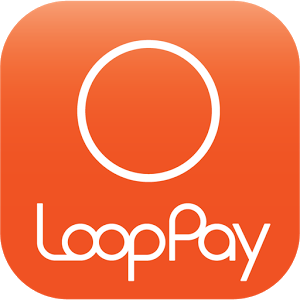 When Apple first introduced Apple Pay earlier this year, it immediately raised the awareness and acceptance of NFC-enabled, contactless payment services to new heights. In just a few short months, Apple Pay has managed to become the most popular digital wallet service on the market today, even surpassing Google Wallet, which had a three-year head start. Unfortunately, Apple Pay only works with the iPhone 6 and 6 Plus at the moment, and doesn’t support all credit cards just yet either. To make matters worse, the service is also not accepted at some high profile retailers such as Target and Walmart, which limits its usefulness to a degree. But an alternative digital payment service called LoopPay promises to deliver safe secure transactions to all smartphone users, no matter which credit cards they use or where they shop.

LoopPay has a number of key advantages over Apple Pay, at least in the early stages of its development. For starters, LoopPay supports just about every credit card available, and is accepted at over 10 million retail outlets (compared to Apple Pay’s 220,000) across the U.S. It is also capable of supporting gift cards, customer loyalty cards, and even special private label cards, something that Apple Pay can’t do just yet. But perhaps the most important benefit that LoopPay brings to the table is that it will work with any smartphone that runs iOS or Android, and isn’t just restricted to the iPhone 6 or 6 Plus.

How exactly does LoopPay bring its service to more devices, including ones that don’t even have built-in NFC support? The service incorporates both software and hardware into its solution, enabling communication between the smartphone and the payment terminal via one of three specially designed LoopPay devices. Those devices include the LoopPay Card, the LoopPay Fob, and a pair of LoopPay cases. The LoopPay Card is a stand alone unit that can be carried much like a standard credit card, while the LoopPay Fob attaches to your keychain for ease of access. The two cases work with the iPhone 5/5s, as well as the 6/6 Plus, and incorporate the LoopPay hardware directly into their designs. These devices work in conjunction with an iOS (or Android) app that stores the credit cards that will be used with any transactions. As with Apple Pay, all credit cards are authenticated when they are first entered into the system, and when the service is used, data is encrypted to prevent it from being stolen. That app can also be locked with a PIN number or password as an extra security measure should the phone be lost or stolen.

Once you are equipped with a LoopPay device, have installed the app, and entered you credit card information, you’ll be all set to start using the service. When checking out at a store, you simply tell the cashier which type of card you want to use, then hold your LoopPay device next to the payment terminal. By pressing the button on the device, your default credit card information is transmitted to the receiver. If you want to use a different card then simply open the LoopPay app on your smartphone first, and tell it which other card you’d prefer to use. The transactions should be quick, easy, and completely safe, with your data well protected from hackers.

As mentioned above, LoopPay does have several advantages over Apple Pay, including the ability to use it with just about any smartphone, and the fact that its hardware is compatible with a wider array of payment terminals. That said, Apple Pay still has a level of convenience that can’t be ignored. For instance, you don’t need to carry a special card or key fob – not to mention a bulky case – to use Apple Pay. It simply already exists on your iPhone 6 or 6 Plus, and will be incorporated into future models as well. On top of that, the LoopPay card and cases both need to be charged via USB in order for them to work properly. This adds yet one more item to the list of things you’ll have to remember to charge on a regular basis, which can be annoying to a degree. Since Apple Pay’s NFC functionality is built into the phone, it works as long as your iPhone is charged and functioning.

Those few quibbles aside however, LoopPay does make for an attractive alternative to Apple Pay on devices that don’t have built-in support for the services. It’s hardware and software approach ensure that anyone can set-up and start using a digital wallet in no time, even if they’re still running an older iPhone or Android device. In a time where it it seems that data breaches that expose customer information are becoming more and more common, the attractiveness of these types of service is only increasing. LoopPay may not have the exposure of Apple Pay or Google Wallet, but it certainly can deliver on the same promise of safe, secure transactions in millions of retail outlets.

How Apple Made Me a Convert to Large Screened Phones