You are here: Home / iPhone / Is the iPhone 6S Coming in August? 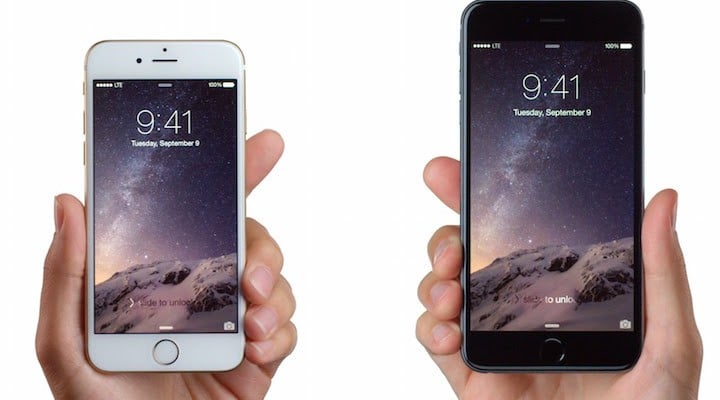 Remember Ming Chi-Kuo? He’s the Apple analyst we told you about awhile back after he made some rather bold predictions about the iPhone 6S. He’s making headlines once again this week following a research note he wrote for KGI Securities, the investment firm that he works for. In the note, Kuo made what could be an even bolder prediction, this time saying that Apple’s next generation smartphone will be revealed in August, a full month ahead of when it is widely expected to debut.

Kuo, who has a solid reputation for breaking news about Apple’s latest gadgets before they are revealed to the public, says that plans are already in motion to unveil the new iPhone 6S in August. He goes on to add that the device wouldn’t be available in stores until September, which is the traditional timeframe for when new iPhones become available.

The analyst also reiterated his earlier claims that the phone would be available in just two sizes, the 4.7-inch iPhone 6S, and the 5.5-inch iPhone 6S Plus. Some rumors have suggested that Apple might also release a 4-inch version of the phone, but Kuo says that isn’t likely. He also reaffirmed that the new models would also come with Force Touch-enabled screens, and new gesture controls that will be added via iOS 9. If Apple were to announce the new iPhone in August it would certainly be a break from their usually very predictable schedule. Typically the tech giant unveils its latest mobile operating system at the Worldwide Developer Conference in June ahead of a fall release for the software. Then, a few months later in early September Tim Cook takes to the stage of the Moscone Center in San Francisco to reveal the new hardware that the updated version of iOS will run on. The introduction of a new iPhone usually takes place two or three weeks before the device actually goes on sale, with the device usually becoming available in late September.

Kuo doesn’t give any reason as to why the iPhone 6S would be revealed a full month earlier than expected, other than that the new gadget could be sold online first before making its way into stores later. That is exactly how Apple launched its latest product – the Apple Watch – although the strategy hasn’t worked particularly well. Nearly a month after the Watch went on sale it still can’t be purchased in stores, and many customers have been waiting for weeks to receive their orders. Presumably many of those issues are due to the launch of a new product however, and wouldn’t impact iPhone manufacturing and sales in the same way. Still, it would be uncharacteristic of Apple to launch a new product in August. As 9to5Mac points out, the last time the company released anything new during that month was when it refreshed the Mac Pro line back in 2010. That wasn’t exactly a significant product update by any means. But that isn’t to say that Apple can’t or won’t shift its release cycle. There was once a time when new iPads were introduced in the spring, but those updates were moved to the fall to more adequately fit into the production schedule. Perhaps there is a similar move happening with the iPhone now as well.

For now, we’ll just have to take this prediction with a grain of salt and wait to see if it actually happens. I’m sure there are more than a few iPhone owners out there who are eager for an upgrade, and if it comes even a month earlier they’ll be happy. But if I were a betting man, I’d still expect the actual announcement to be made in September, just like it has been in the past.

What Other Apple Products Will Ship This Year?