You are here: Home / iPhone / Is Apple’s iPhone Product Line Too Varied? 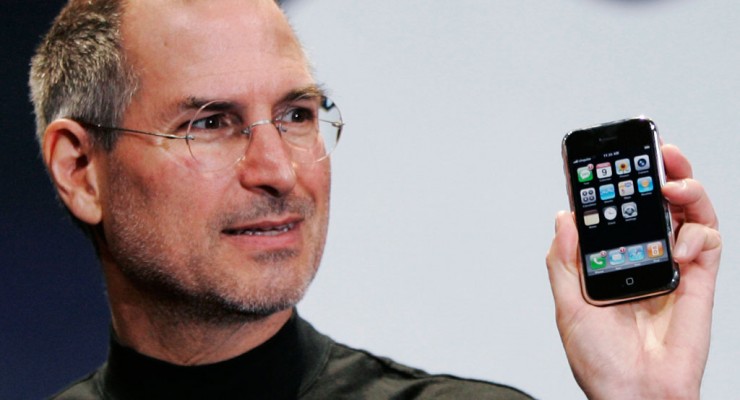 Over the years, Apple has steadily increased the size of its product line. With several of the company’s devices running the same software and fulfilling virtually the same function, is it time for Apple to reevaluate its product line? Specifically, is Apple’s iPhone product line too varied?

Since its founding, Apple has always been synonymous with simplicity, but its current iPhone product line is anything but simple. Over the years, Apple has been steadily adding more and more models to its iPhone line, and as happy as that’s making its customers (and the stockholders), the constant additions to the line overcomplicate it, making the iPhone line clash with the company’s ethos of simplicity and straightforwardness.

The iPhone was designed to be simple. If you look at the first iPhone (or any of its subsequent versions of the years), you’ll notice something about it that looks distinctly different from Android devices, past and present: there’s only one button on the face of the phone. Apple’s one-button policy on the iPhone (ignoring the volume buttons and rocker) embodies the overall simplicity of the phone. Unlike its Android competitors, the iPhone doesn’t have a native file manager for your files and apps, though there are a number of great third-party options for people who are looking for it. In Apple’s App Store, the apps are made with the Home button in mind, so with the iPhone’s single button, you can maneuver any app easily, eliminating many of the extra buttons found on Android devices.

With all of the extras stripped away, the iPhone is just a device that holds your stuff; at its best, the iPhone functions as a container for apps. That’s it. It’s simplicity is paramount to the design, and it’s what sets Apple’s iPhone apart from every other company that keeps producing complicated Android phones.

But Apple’s current (and confusing) line of iPhones directly challenges the device’s design ethos. Though Apple’s recent advertising campaign would have you believe differently, today the question isn’t “Do you want an iPhone?” Instead, the question is, “Which iPhone do you want?” This is a problematic situation that the iPhone was actually designed to correct.

Before the iPhone’s “c” line, the iPhone was, more or less, simple. Every year, Apple released a new model that replaced the old one, though you could still buy the older iPhone at a discounted price. Even in the case of the “s” line, the “s” is nothing more than a new iteration of the iPhone; the iPhone 4s could have just as easily been named the iPhone 5, but I digress. With the introduction of the iPhone “c” line, however, Apple, for the first time, splintered its iPhone line; the 5c, though it received relatively good reviews, started to complicate the line. Yes, it offered a cheaper iPhone to consumers, but it came at the price of simplicity. If you wanted your iPhone to reflect your personality with color, you were stuck with iPhone 5 internals in a plastic case; if you wanted top performance, you were stuck with limited color options. Either way, the consumer had to sacrifice something.

With the introduction of the iPhone 6 and 6+, the product line got even bigger. Suddenly, the company whose famed CEO Steve Jobs once claimed that no one would ever buy a big phone was making a big phone—an insanely big phone. Again, like the reception of the 5c, iPhone 6+ reviews were pretty positive, but at what cost? Apple joined into the big-phone game, and suddenly it was selling four different iPhones: iPhone 6, 6+, 5s and 5c. Apple’s selling more iPhones that ever before, and if selling literal truckloads of iPhones is the goal (and I know that for the stockholders, yes, it is), Apple’s winning. But having such a varied iPhone product line leads to a rather confusing position for most people: rather than Apple telling them what iPhone to purchase, as they had in the past, Apple is now giving them options. That sounds like a great thing, but here’s the problem: Apple’s flagship iPhone, the premium option, isn’t clearly defined. The iPhone 5c can’t compete with its competitors in terms of price (and, in some instances, performance), and the iPhone 6+ is cannibalizing iPad sales, an already struggling product line.

Rather than trying to make an iPhone for everyone, Apple should focus on making the best smartphone on the market, one simple answer for the question: “What smartphone should I get?”

What do you think about Apple’s iPhone product line? Do you think the company should focus on a single product, or should Apple try to make a variety of different iPhones for different people? Let us know in the comments below.

5 Ways Apple Can Improve the iPhone