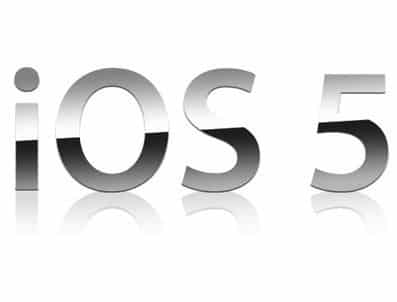 Apple’s just released the newest version of its top-ranked mobile operating system iOS. Version 5 of iOS promises to contain a lot of goodies that will really compel Apple mobile devices to upgrade. If you’re still on the fence about it, here are some of the features you will see with iOS 5.

Apple enters the cloud computing bandwagon with the integration of iCloud to iOS 5. This is one of the two top draws of iOS 5 and a service that Apple is investing on heavily. Taken for what it is, iCloud will allow you to save your different files and even apps on the cloud. You can then synchronize that data across all of your iOS 5 enabled devices. But more than synchronization, the iCloud service also offers you an additional level of protection against data loss. iCloud even makes syncing more convenient because all the data is located at one place and you an access it wherever you are. The iCloud service offers iOS capable device owners free 5 gigabytes of data which is sufficient for the average user, but you can choose to upgrade that capacity by buying a yearly subscription.

A lot of buzz surrounded Siri, or iAssistant as it was first refered to in the days leading to the iPhone 4s unveiling. Siri is voice navigation and control brought to the next level. Apple’s innovations in developing a voice assistant is nothing short of revolutionary. You can now control a lot of operations on your iPhone 4S using natural syntax. Gone are the days of talking like a stuttering robot in the hope that the device you’re talking to will get at least 70 percent of what you’re saying correctly. Talking to your phone using Siri can be quite unnerving at times because of the extremely high accuracy level. Unfortunately, Siri will only be activated on the iPhone 4S. Even though iOS 5 will be an update to the iPhone 3GS and 4, it won’t get the Siri feature. That’s one thing to consider if you’ll want to jump to 4S.

One of the most requested features for Apple’s iOS is the ability to update a device without having to plug it into a computer. Apple has finally included this feature in iOS 5. You can now update your Apple device over the air (WiFi or 3G). The delta updates also mean that the file sizes are significantly smaller. Users will be notified with a badge if there are any new updates.

A messaging app has been included in iOS 5. Apple device owners can now send instant messages to other device owners. The messaging goes through the app and nothing else. This is a great way of communicating with friends and doing it absolutely free, and free is always good.