You are here: Home / iPhone / This Is What Happens When You Boil an iPhone 6 in Coke 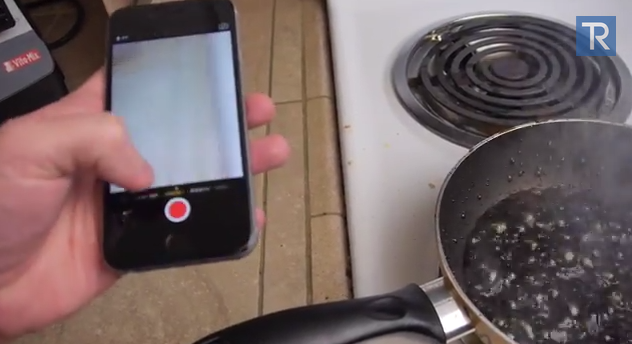 It’s the time of the year when most people are slacking off, either getting ready for the long holiday break or already enjoying it. So why not look at YouTube videos that are totally pointless? It’s not like you have anything else to do than play on your iPad or something like that, do you?

This video, titled “Don’t Boil Your iPhone 6 in Coca-Cola!” has made waves in the YouTube-viewing scene, and rightly so.

You wouldn’t really think about wanting to boil an iPhone 6 in Coke, but when you get an in-your-face video title like that, you just can’t help but click. It’s like telling your kids to keep their hands off the candy before dinner. Besides, we’ve seen all sorts of “do/don’t do this stupid thing with your iPhone” videos. Why not boil an iPhone 6 in Coke?

TechRax, the dude who did this pointless “experiment” says:

I decided to drop a brand new iPhone 6 in some boiling Coca-Cola. The results made my house smell like smoke for 2 hours. I would NOT recommend trying this at home! Enjoy the test!

Must be nice to be able to waste an iPhone 6 just like that, eh?

He first shows that he’s holding a real iPhone 6, and it does look brand new shiny. He then goes through the motions – show the pot, the Coke (with Santa, of course), and so on. He also turns on the camera before putting the phone in the messy black mass that’s boiling Coke.

Here, watch the whole thing for yourself.

So did you enjoy the test?

How Apple Fanboys React to Every Apple Announcement

How Much C4 Will a Mac Pro Hold? [Video]