You are here: Home / iPhone / Giving in and Embracing the Big Screen iPhone 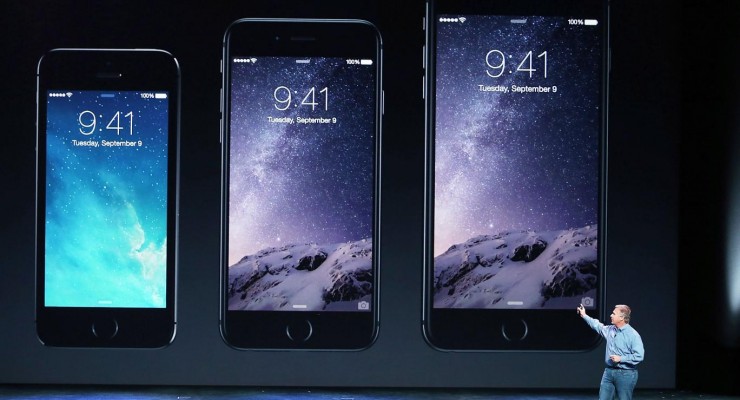 My absolute favorite version of the iPhone has always been the iPhone 4s. From a everyday use perspective, the glass that made up the back was totally impractical (I can’t tell you how many times I’ve seen busted backs on iPhone 4s’s), but it added to the overall aesthetic of this device. It was simply beautiful. Not exactly an equal balance of poetry and utility, but when you saw this phone, you immediately knew that the smartphone world had just changed. This iPhone is still one of the greatest iPhones of all time.

The iPhone 4s was a revolution for the smartphone, but since then, Apple has followed the big screen smartphone craze, leaving the 4s’s 3.5-inch in the dust.

Lately, my iPhone 5c has been showing signs of slowing, and earlier this week, it was time to upgrade it. I went to my local Apple Store and took the look around. For a second, just a second, I thought about the iPhone 6s Plus. I picked it up, scrolled through a few apps and tried to imagine walking around with it every day for two years. I just couldn’t do it. I know people who love the size of this phone, but it’s unrealistic for me. I sort of halfheartedly picked up the iPhone 6s and gave it a whirl. I ended up walking out of the store with it, but I was still feeling a little unsure about it. A few days in, it’s really starting to grow on me.

One of the very first things that I noticed about this iPhone is that it’s so much easier to read than my previous iPhones. I used to see people reading long form articles on their iPhones, and it just never made sense to me. How can they sit there and read that much on a screen that small? At the first hint of a long article, I used to run straight for my iPad. I never realized that I was seriously limited by what was comfortable to do on my iPhone.

With my new iPhone with a large screen, I can finally read comfortably. I can go to the New York Times and catch up on a few headlines quickly and I don’t even think about grabbing my iPad. I’m not saying that I want to read everything on my iPhone, but relatively short articles are no sweat on this iPhone.

I used to have a friend who would watch hour-long episodes on her iPhone, and I always thought it was crazy. Now that I have a bigger iPhone, I still think it’s crazy. I could never imagine watching too much video on my iPhone, but short YouTube videos are perfect for this device. The colors are rich and the size is just right. I don’t feel like I have to hold the phone close to my face to see what’s going on in the videos. It’s a surprisingly enjoyable experience to watch short videos on the iPhone, but if I’m watching anything longer than a few minutes, I’m still grabbing my iPad. Much like videos, photos look amazing on this iPhone. When you snap a picture with this iPhone, it seems like you can truly see how your pictures turned out. It makes taking photos with an older iPhone with a small screen feel almost like taking photos on a disposal camera. Yeah, sure, you know the picture is on there, and maybe you have an idea of what it will look like, but you’ll never really know until you see a copy of it later.

While there are a lot of things I actually like about this bigger screen, there are a few things that I’m having a hard time getting used to. For example, this thing doesn’t fit in my pocket. It’s laughable, honestly. What do you do with a big phone like this? Put it in a holster and wear it on your belt…? No way. It always feels awkward in my pocket, and I’m terrified that I’m going to bend it — even though that’s really not a thing.

Additionally, it’s not comfortable to hold in one hand. When I’m using this phone, I have to use two hands. Most of the time, this isn’t a huge deal, but it’s something to get used to. With smaller iPhones, it’s pretty simple to text with one hand, but unless you have huge hands, using this phone with one hand is just uncomfortable. I’m sure that I’ll eventually get used to bigger screens. How much bigger can phones go before they look even more ridiculous than they do now? I know I’ve said this before, but I really won’t go to a bigger phone, and if in a few years there’s not an iPhone option that has the same sized screen as my iPhone 6s or smaller, I might have to look elsewhere for a phone that fits more comfortably.

Have you gotten used to big screen smartphones yet? Do you wish that there was a smaller option available, or do you really like the big iPhone 6 Plus-sized phoneS? Let us know in the comments below.