You are here: Home / Apps / Flipboard App Now Has an iPhone Version 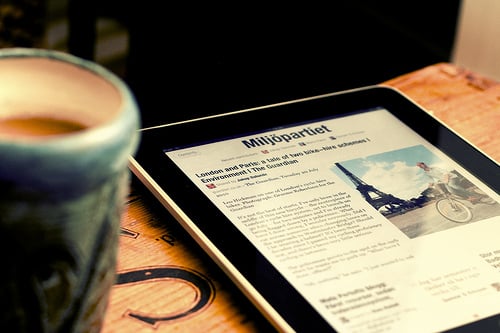 One of the most popular apps for aggregating stories taken from the web and presenting it in a professional looking layout is Flipboard. Launched in 2010, it is one of the most downloaded apps for the iPad. Many iPhone users have been requesting that Flipboard make a version for their mobile device of choice. Finally, that request has been granted as an iPhone version of Flipboard has been made available.

The new Flipboard for the iPhone has been designed specifically to take into consideration the smaller screen of the iPhone. According to Flipboard executives new features have been added specifically for the iPhone version to make it more useful despite the smaller screen real estate. For example, there’s Cover Stories, a feature that not just automatically gets the most recent articles or web content into the app, but also the most recent photos you took. This feature will eventually be made to the iPad version in the future. For the iPhone version, articles will be shown on the screen one at a time. Flipping through the articles and photos have been made faster to make accessing the content you want more intuitive and adaptive to the smaller screen. Another added feature is Flipboard Accounts that will allow users to sync the content between their iPhone and their iPad Flipboard apps.

The Flipboard app is available for free at the App Store. This is a download you should really check out because it will change the way you access and view web content from your device.