You are here: Home / iPhone / How To Replace An iPhone Screen Yourself 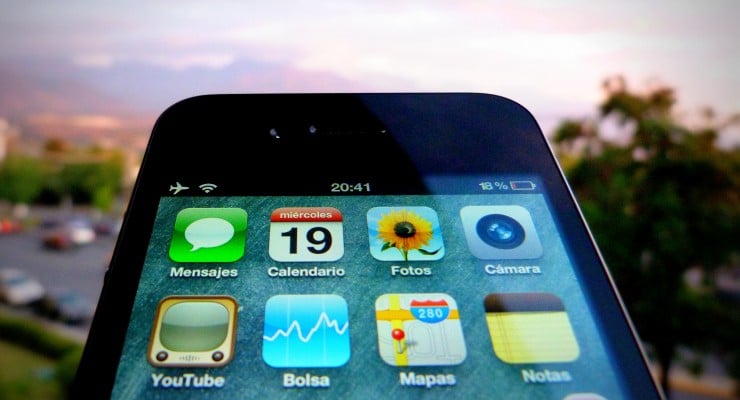 We’ve all been there, you drop your phone and you hear that heartbreaking sound, you know your screen is going to be a spider web of cracks even before you pick it up, and the question that goes through your head is something like can you replace an iPhone screen yourself? The answer is yes and it’s actually not that difficult. In fact, I’ve done it twice and I’m about to have to do it again. Next time you might even want to think about buying a screen protector.

There are heaps of different reasons that you might want to replace your iPhone screen yourself. Maybe you want to save a few bucks, maybe you’re a hands-on type of person that also fixes everything else that ever breaks, maybe you just want to stick it to the man. Because let’s face it, when it comes to the iPhone, Apple has become the man. They offer no assistance on fixing their products when they break. Instead they say “bring it to us, we’ll fix it” and then whisper “but we’re going to charge more than your student loans”. And I love my iPhone and my Macbook and my iPad, I’m not switching to Dell and Samsung but I don’t like how much the company tries to monopolize their products.

Also, there’s probably a kiosk in your mall or store near your house that will fix the screen in half an hour, but they’re going to charge you a bit too. Not as much as Apple, but still enough that it makes more sense to replace the screen yourself. The tough thing about replacing the screen is that it’s in the very front of the phone so you literally have to take the whole device apart to get to it.

Step 1: Buy a new screen and tools if you’re feeling fancy.
It probably helps to buy the tools that you’re going to need to get inside your iPhone but I’ve always just used a combination of knives and eyeglass repair screwdrivers. If you do want to purchase the necessary tools you can get them pretty cheaply from Digital Supply, or just search “iPhone tools” on Amazon; also Phone Doctors sells an all-in-one kit, but it’s pretty expensive. I’ve bought all my replacement screens from Repairs Universe, but there are a dozen other sites where you can get the screens as well. I even have a friend that shattered the screen on his iPhone 5 so he bought a water-damaged iPhone 5 for basically nothing and used the screen from that one.

Step 2: Take your phone apart.
When you’re taking your iPhone apart you’re voiding the warranty, and it’ll be next to impossible to exchange it at an Apple store, so make sure you really want to do this. If you’ve thought it over and decided that you still want to walk on the wild side then the most important thing to remember is that the screws in these devices are tiny, like minuscule, and you do not want to lose them or let them roll under a table. You also want to make sure you’ve put them in the right place. For this I just draw a model of my iPhone on a piece of paper with little circles where the screws need to be then put them in the circles, if you buy the kit from PhoneDoctors.com it comes with a handy mat. There are seven screws that go behind the LCD screen and two at the base of the phone. You’re going to want to hop on YouTube to make sure you take your phone apart the right way. Once you’re down to the front screen, put your fresh new piece of glass in.

Step 3: Put you phone back together.
Make sure you do this slowly, even more slowly than you took your phone apart. It’s going to be a complete nightmare if you put something in the wrong place. Replacing the “home” button is probably the toughest part of this step. It’s incredibly important that you make sure all the connectors are put into the motherboard in the right place and fit snugly. But you’ll usually know before you are done if something went wrong.

Replacing your iPhone screen is easy to do and it saves you a lot of money. It also doesn’t take nearly as much time as you think it will. And if you get really good at it you can probably even do it for your friends and make a little bit of money from people that aren’t your best friends. There are dozens of tutorials on YouTube that will walk you through the process of replacing your screen step-by-step and if you get confused or can’t figure out where you went wrong, get on there and watch one of the videos. I suggest that before you even begin the process that you jump on the site and watch a few videos to see how this is done.

What Kind of Punishment Can iPhone Screen Protectors Take?