You are here: Home / Feature / Does (Screen) Size Matter? 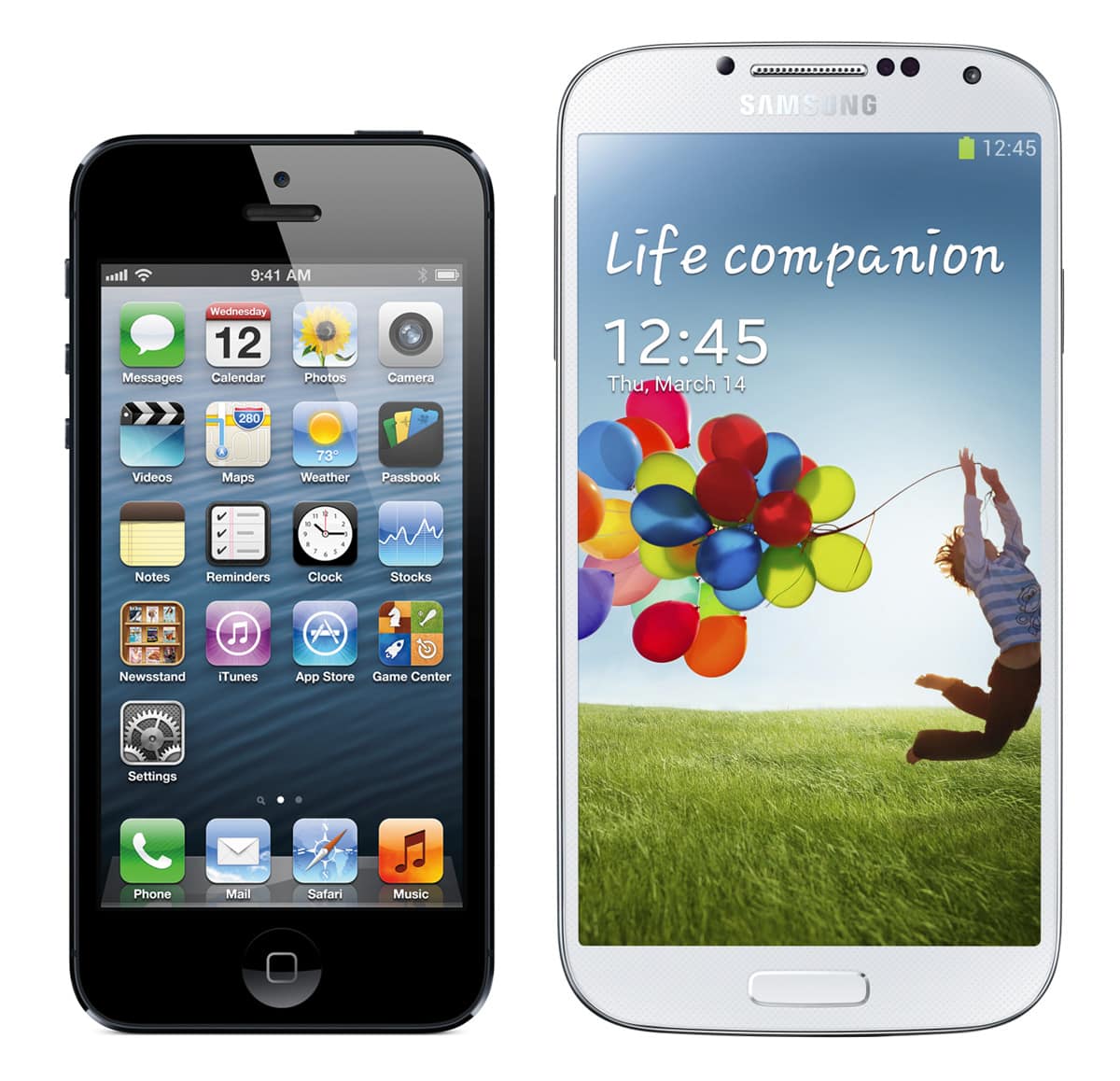 Seems like everyone’s got an opinion on the rate of innovation of smartphones these days. Samsung’s just announced its next Galaxy S phone, which comes with several new features. But for many users, the feature that trumps them all is the Galaxy S’ huge screen.

It begs the question: Is screen size really that important? A to-scale comparison of the iPhone 5 and Galaxy S 4.

Galaxy users say that they love their phone’s giant screen because all that added real estate makes every task easier. iPhone users argue that Samsung is so desperate to compete, they keep throwing one gimmicky feature after another into their phones. So who’s right?

Is the whole package more important than the sum of its parts? If so, the iPhone is the winner. Because Apple engineers both the hardware and software to seamlessly work as a single experience. Samsung, in my opinion, likes to roll out as many new features as possible with every new hardware generation — regardless of whether or not owners will find them useful. Some of those features certainly are useful, don’t get me wrong. But looking over the new stuff in the Galaxy S 4, it’s obvious that some of its features — like “Air Gestures” or “Dual Camera” mode — are there merely to show off cool new technology, and nothing more. (For what it’s worth, I find that other features like “Smart Pause” and the “S Health” stuff not only look impressive, but sound mighty useful, as well.) Don’t dog me Galaxy fans; Apple is no stranger to gimmicks, but on the whole, Apple puts a higher value on purposeful tech than technology for technology’s sake.

But I digress. What a phone can or can’t do is a topic for another day.

What interests me today is whether or not screen size is the deciding factor for most consumers.

The Galaxy S 4 ups the ante with an even bigger screen than the huge one that the S III had, making the leap to five inches. But Samsung is hardly the only smartphone maker that gives its phones giant-sized screens. Four-to-five inch screens are a dime a dozen — Motorola, HTC, Sony, and others all have five-inchers — to the point that they’re practically becoming the norm. Bigger screens are so prevalent now that it could be argued that the iPhone 5’s four inch display was a direct response to the increase in screen sizes throughout the industry.

Yet even with Apple jumping up to a four inch screen… That’s not enough for some. Because now the rest of the industry is quickly making five inches the norm. Perhaps a better question would be… Would any size ever be enough? If Apple takes the iPhone to five inches, won’t its rivals then go up to six?

Don’t scoff — it could happen. Samsung has incrementally grown the size of its Galaxy S screen since it was introduced at just four inches in 2010. A company in China, Huawei, unveiled a six inch smartphone back at CES in January. And then there’s the so-called “phablets,” where screen sizes can go all the way up to seven inches.

If industry scuttlebutt is to be believed, these larger screen sizes are becoming a sticking point for some of the Apple faithful. Certainly not all, but some. Most Apple fans seem satisfied with the size of the iPhone 5. But I know people who’ve made the switch just to get that bigger screen, and I’m betting you do too. The media has sensed a growing tide of frustration that suggests that compared to other smartphone makers, Apple’s refusal to produce a larger-screened iPhone makes it look like the Cupertino powerhouse is standing still.

But there has to be a point at which bigger does not equal better. A specific screen size where we the consumers draw the proverbial line in the sand and say, “No. This is just too big. We’re not interested.”

For its part, Apple’s current stance is that they believe the size of the iPhone 5 is the optimal size. And yet…

Size has proven to matter when it comes to the iPad. Ten inches was thought to be the most ideal size for a tablet, but the iPad Mini has taken off so well, it’s reportedly out-selling its big brother. The iPad Mini doesn’t (currently) boast one of Apple’s much-hyped Retina displays, and it doesn’t have as much horsepower as the ten-inch iPad. But it’s considerably more portable. Which makes it, for many a user, more convenient.

And there it is.

Portability, aka convenience, is the yin to screen size’s yang. The two absolutely must balance. Portability is that line in the sand I mentioned before. When smartphones grow so big that they become inconvenient, they will reach critical mass, and the industry will be forced to react.

And who knows? Maybe they’ll even start shrinking again.

Let’s hear it, smartphone users. How important is screen size to you? Would you buy an iPhone with a bigger screen? And how big is too big?