You are here: Home / iPhone / How Apple Made Me a Convert to Large Screened Phones 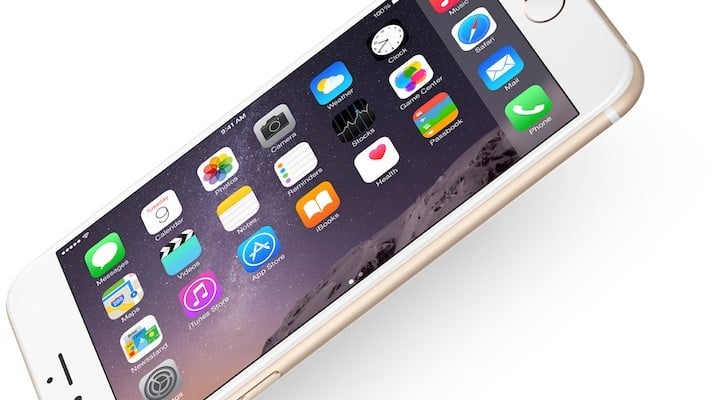 Okay, I’ll admit it. I was one of those tech-pundits who looked on with disdain over the past few years as more and more smartphones made the transition to ever larger screens. For years I clung to my iPhone 4S thinking it was the perfect size for a mobile device, all along dreading the day that I would be forced to upgrade. That day arrived this past September, when Apple released the iPhone 6 and 6 Plus. It was not without some degree of trepidation that I pre-ordered the standard model with a 4.7 inch screen, and anxiously awaited its arrival, all along wondering if I had made the right choice. Fast forward three months, and I’m now completely in love with my new iPhone, and its much bigger display. Here’s how I learned to stop worrying, and just appreciated large screened phones.

Bigger Doesn’t Have to be Bulkier

Upon arrival, I immediately took the iPhone 6 out of  its box, and was amazed at just how large it was. Sitting next to my old 4S only punctuated the difference in size and design between the two devices all the more, with the older model dwarfed by the newer. The iPhone 4 was once considered to be the very best smartphone design on the market, but when compared to the 6, it just looked old, and clunky. The newer model was indeed much larger, but it was also thin and sleek at the same time. In fact, it instantly made the 4S feel like a brick in my hand, even though an hour earlier I was perfectly content with its design. It was than that I realized that a larger phone didn’t automatically mean it was going to be bulkier too.

After using the iPhone 6 for a few days, it didn’t take long for me to come to the realization that the larger screen was allowing me to do more. This was especially true as more apps were updated to take advantage of the increased real estate that came along with the larger display. The fact that I could see more text in an email, or on a webpage, without the need to scroll made the device infinitely more useful in day-to-day use, and the larger on-screen keyboard was much better suited for my big thumbs too. Before long, I found myself surfing the web on my phone with more regularity than I had for some time. I was grudgingly starting to see the benefits of the larger screen that I had scoffed at for so long. Because of that increased screen real estate, I also started to see the value of certain apps that I had rarely wanted to use on an iPhone in the past. For instance, the iOS versions of Pages, Keynote, and iMovie were great on my iPad, but were rarely used at all on my iPhone 4S. The smaller screen of that device simply didn’t facilitate taking advantage of those apps in any meaningful way. But with the larger screen on the iPhone 6, those productivity apps instantly became more useful, giving me the ability to edit documents and videos saved to my iCloud Drive from just about anywhere. While I still wouldn’t want to compose entire articles or presentations in the iPhone versions of that software, it is good to know that I could do so if I had to.

It Isn’t Just About the Size

The 5.4 inch screen on the iPhone 6 really is massive when compared to previous generations, and the 5.5 inch model on the 6 Plus even more so. But it isn’t just the size of the screen that is impressive, as it is also so bright and clear that it is almost impossible not to fall in love with it. Photos and videos look amazing on the new Retina Display, with vibrant colors popping out in a truly impressive fashion. Many fine details in images and movies that would be tough to spot on a smaller screen, became much more evident on the iPhone 6 too. In many ways, it was as much of a leap forward in screen technology as the jump to the original Retina Display was back when the iPhone 4 was first released. The screen on the iPhone 6 is simply stunning. Gaming on the Go

I like to play games on my mobile devices, but due to the size of the screen on the iPhone 4S, there were several great games that I was resigned to only playing on my iPad. Those included old classics like Star Wars: Knights of the Old Republic and Baldur’s Gate, as well as newer games such as XCOM: Enemy Unkown and Aralon: Sword and Shadow. Thanks to the iPhone 6’s new A8 processor, those games look and play better than ever, but it is the larger screen that truly makes them more enjoyable while on the go. Trying to play those same games on a my old 4S was simply an exercise in futility, as the screen was too small to truly do them justice. Additionally, reading lots of text in a game like Baldur’s Gate was darn near impossible. But the larger display on the 6 and 6 Plus makes them both fantastic gaming devices, and I’m looking forward to seeing more great games for iOS in the future, especially as more developers get familiar with how to use Mettle.

As much as I love my iPhone 6, and its much larger screen, there are still a few issues that I’ve struggled to get past. As I had originally feared, the larger phone can be a bit awkward to use with a single hand at times, even with the addition of Reachability to iOS 8. I happen to have large hands as well, so I can only imagine what it is like for others. Similarly, placing the iPhone in the front pocket of my jeans can also result in a bit of awkwardness at times, particularly when sitting down. The larger size simply feels odd, and makes me painfully aware that I have an expensive gadget crammed into my pocket. This is less of an issue with dress slacks or a suit thankfully, but it is still bothersome none the less.

Those few nit-picks aside however, I now find myself a complete convert to the large screened phones. While I’m not sure I could ever go much bigger than the iPhone 6, I can now truly appreciate why others have wanted a larger screen for so long. Considering how well the two new models of iPhones have sold so far, clearly I was in the minority with resisting this trend. I’m happy to say that I’m fully onboard now however, and will certainly encourage others who have been hesitant in the past to make the jump as well.