You are here: Home / iPhone / The Best iPhone Case For Charging Your Device 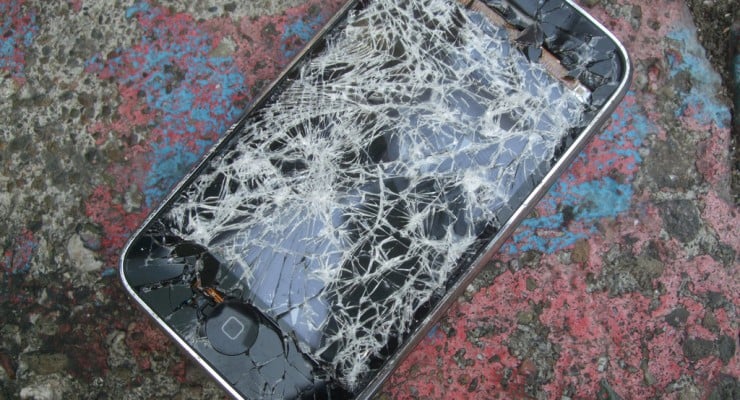 iPhone cases that charge your phone are a relatively new concept in the market, though the iPhone has been around for almost a decade now the charging iPhone case only became a thing in the last few years. When the “charging cases” first debuted they weren’t all that great at charging your phone and they were prone to damage. However, as more companies have entered the market, the cases have become a lot stronger and now some of them have even more battery life than your iPhone. All of the cases featured in this article are built for the iPhone 6/6S, but most of them are available for other versions of the iPhone.

There are a lot of different components to take in to account when you’re picking out a charging iPhone case since each of these cases (and all the other ones) offers something different. Some of them won’t burn a hole in your pocket but with a cheaper case you’re not going to get as much protection. Some of the moderately priced pieces have a lot of charge and might be very sturdy but they also can be very bulky. The ZVOLTZ case is one of the more popular, and cheaper cases on the market. Their cases have become a lot tougher since they were first introduced and now they even have a screen protector built in to the case. The website says that the case has as much power as your iPhone so it effectively doubles your battery power. Most of the negative remarks about the case are made in relation to the size of the product, this is a relatively bulky piece of equipment. But at $36 on Amazon, the price is hard to beat. Mophie might be the most popular company for iPhone charging cases, their products get great reviews on Amazon and they make cases for pretty much every Apple product so it’s safe to say that they know what they’re doing. The Juice Pack Reserve is only $60 but it doesn’t offer much protection for your phone and it has a 100% charge on a good day. The Juice Pack Air has a full charge and is a lot more sturdy than the Reserve. The company also makes a Juice Pack Plus (120% battery power) and a Juice Pack H2PRO (water resistant). Though their cases are a little bit more expensive, most consumers say that you get your money’s worth. Lifeproof is the giant of iPhone cases, every thing they make can stand up to a beating and that’s important with any phone case. Since they were in the game early and they have a big name, they’re the best at this and they’re able to charge a wild amount for their products. Their charging case is called the FRE Power and like the Mophie, it’s going to cost you a bit of dough if you want the product, the FRE Power rings in at $130 on Lifeproof’s website. The piece is waterproof, snowproof and dropproof and doubles the battery life of your phone. If you’re eying up this iPhone case, then you’re probably going to want to head over to Amazon where you can get the case for a lot cheaper. Like all the other cases, Trianium’s “Atomic Battery Case” offers a 100% charge so you know you’re good to go. A lot of the reviewers have said that it’s easier to access the charging ports with this iPhone case. However, at only $32, your sacrificing a lot of protection. Several Amazon reviewers complained that when they dropped their phone on the face, they picked it up to find a shattered screen. Though the case is sleeker than most of the others on the market and it offers a lot of durability, you’re not going want to drop your phone if you have it in one of these.

Though the charging iPhone case has become a common product on the market, there’s still a lot of room for improvement. The bar has been set at 100% full charge but it won’t be long before these cases have enough battery that you won’t have to plug your phone in all week. The important thing to remember when picking out any iPhone case is to analyze all the variables, is it ugly? And does that matter to you? Personally, I’d rather dish out a little bit more money if I know the case is sturdy, but then again maybe I just shouldn’t drop my phone so much.

An Argument For A Budget iPhone

Want A Tough Yet Stylish iPhone Case? Check Out The Linen Micarta