You are here: Home / iPhone / 5 Ways Apple Can Improve the iPhone 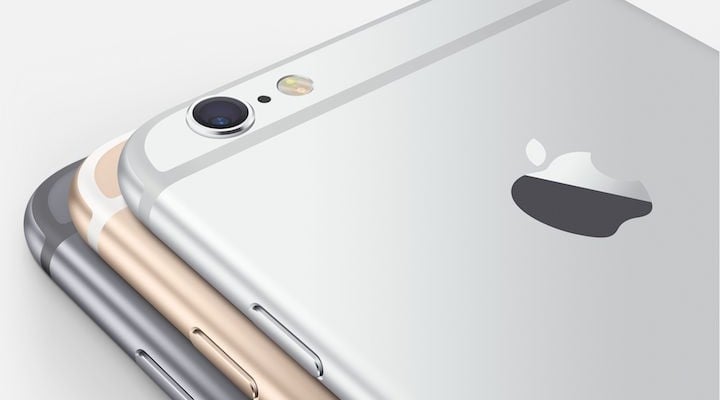 With its fast and efficient processor, beautiful Retina display, outstanding camera, and svelte design, the iPhone is without question one of the best smartphones available today. It’s no secret that consumers love the iconic gadget, as millions are sold each quarter and new models are always highly anticipated. But as good as the iPhone is now, there are still ways that Apple could make it better. Here are five suggestions for things that I’d like to see in future generations of the device.

I think it is safe to say that improved battery life is on everyone’s list of ways that they would like to see the iPhone improved. That isn’t to say that current battery life is bad, but it sure would be nice to get to point where we could safely go two or three days without charging. That isn’t going to happen soon, but it would certainly be a step in the right direction. Some of us can still recall the days before smartphones became prevalent when our mobile phones could go as much as a week without needing to be plugged in. It would be fantastic if our iPhones could start to approach similar numbers, but to do so will require dramatic improvements in battery technology. Companies are working on it, but it will probably be some time before we see any significant gains in this area.

Wireless charging isn’t a new thing, but it hasn’t been widely adopted yet either. Basically it allows you to place your device onto a specially designed pad or power station, which than passes along a charge without the need to actually plug anything into the phone itself. There have been some third-party options that have facilitated this process for the iPhone already, but most have been clunky and uninspired affairs. I would like to see Apple implement a true wireless charging option in future iPhones that would be both simple and elegant. Better yet, I’d love to see them explore Wi-Fi charging, which would eliminate not just the cable, but the need for a special charging station too. Imagine having your iPhone automatically collect power while sitting at any spot within your home, ensuring that it is always fully charged when you head out the door.

If you’re the proud owner of an Apple Watch or a new MacBook, you’re probably already familiar with Force Touch. This technology allows users to press a firmly on a touch screen (or trackpad) to grant them quick and easy access to additional options and features. For instance, on the Apple Watch it is possible to clear all notifications simply be pressing firmly on the display while notifications are being shown, and then selecting the proper option when it appears. Once you get the hang of it, it is an incredibly handy feature to have, and one that would feel right at home on the iPhone too. Fortunately, there is a good chance that Force Touch may be coming to our smartphones this fall when the iPhone 6s begins shipping. But until it is confirmed to be in the new device, we’ll just have to wait patiently.

Let’s face it, Apple’s smartphone isn’t the most durable piece of technology around. In fact, I’ve lost count of the number of iPhones I’ve seen with shattered screens or cracked cases. But a good protective case can prevent most of those issues and help keep our phones safe from harm. But I would like to see Apple implement better resistance to moisture. With the Apple Watch they’ve managed to create a device that shrugs off water surprisingly well, and I’d love to see them bring that same process to the iPhone as well. While I don’t anticipate dropping my phone into a pool or lake, it would be nice to know that it can survive a good dousing should an accident occur. Other smartphones are water resistant, I’d like my iPhone to be too. The final way I’d like to see Apple improve the iPhone is by implementing advanced haptic feedback on the screen. We’ve seen hints of what this can do with the Apple Watch’s Taptic Engine, and the new MacBook’s Force Touch trackpad, but there are other ways that could alter the iPhone experience too. For instance, imagine a touch keyboard where you could actually “feel” the keys under your fingers. Or perhaps enhanced taps that could alert you to new notifications and messages. The possibilities are actually wide open, and an enhanced Taptic Engine for iPhone, along with a Haptic screen, could be a major advancement for smartphones in general.