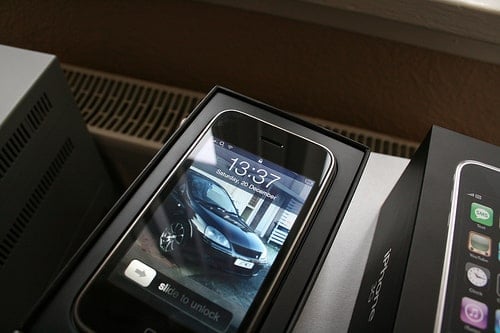 Anyone who has used a tablet will be familiar with the security feature where you have to swipe the touchscreen in order to unlock the tablet. It may be an ubiquitous part of tablets but there’s a deeper story behind it – a patent battle that Apple has recently won.

The patent for unlocking a devices by sliding your fingers on the screen has been hotly contested. Apple was the first company to originally apply for the patent in December 2005, a feature that won’t be seen on a device until 2007 when Apple unveiled the iPhone. After the iPhone appeared, almost all touchscreen based device – whether it’s a smartphone or a tablet – has used a sliding gesture feature to unlock the device. Android device users are quite familiar with the slide unlock feature, of course.

Apple has won what is seen as a very big legal battle of the unlocking patent because it is a feature that is now universally seen in all touch devices. With the court ruling, Apple now unarguably owns the patent for the feature and effectively making all other manufacturers infringe on Apple’s patent. So what does this mean? Apple is now the only manufacturer that can legally use the touchscreen unlock feature, and all other manufacturers that incorporates this feature on their devices are now criminally liable. Apple now has the legal teeth to bring these manufacturers to court and win.

Patent infringement is the battleground on which the different tech manufacturers are waging their war against each other. Samsung and Apple are hotly contesting different patents and Google itself, which developed the Android operating system, is trying to protect Android from patent suits by taking steps like buying Motorola Mobility.