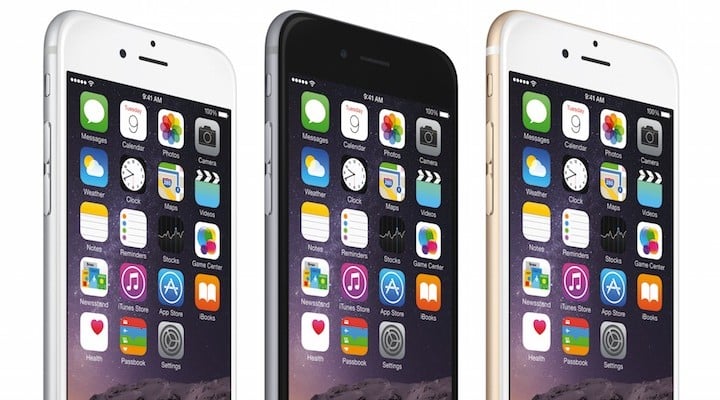 As summer draws near the iPhone rumor mill is starting to kick into high gear once again. Every year about this time we begin hearing rumblings about what we can expect from Apple’s next generation smartphone, with a number of sources speculating on exactly which features will, or won’t, make it into the final design. One of the more accurate of these sources is Ming-Chi Kuo, who works for KGI Securities. Yesterday he released a note to investors in which he made 11 predictions of what to expect from the iPhone 6S when it is released in September. Some of those predictions are unsurprising, while others could provide an indication of the direction the iPhone will take in the future.

It should be noted that Kuo has a reasonably good track record at predicting Apple’s plans for future products. He seems to have some well placed sources within the Apple supply chain which provide him with solid information on new features, potential launch dates, and other rumors regarding production. While he isn’t correct 100% of the time, his level of accuracy is enough to make other analysts sit up and take notice.

So just what did he have to say about the iPhone 6S? His 11 predictions are as follows:

(1) Force Touch will be the biggest upgraded selling point, but also one of the main bottlenecks of the supply chain. Force Touch can enhance user experience due to more input methods and support of handwritten signatures, which is beneficial for expanding in the commercial market;
(2) Screen will remain at 4.7 and 5.5 inches, with resolution the same as existing models. There will be no new 4-inch model;
(3) There will be an additional casing color, rose gold, matching the rose gold Apple Watch Edition;
(4) The camera will have a pixel upgrade, likely to 12 MP;
(5) One microphone will be added near the speaker to enhance voice quality;
(6) The A9 processor with upgraded 2GB LPDDR4 will be adopted;
(7) The bending issue will be improved by using different casing materials and internal mechanical design changes;
(8) If drop test issues can be resolved, the 5.5-inch model will have a limited number of units with sapphire cover lens;
(9) The recognition rate of Touch ID will be improved further in a bid to promote Apple Pay;
(10) Gesture control support; and
(11) It’s expected that mass production will start in mid-to-late August. Total shipments will be 80-90mn in 2015, with a 2:1 ratio of 4.7-inch and 5.5-inch models. As mentioned, some of this information is unsurprising. For instance the adoption of the A9 processor is is a given, although the upgrade to 2GB of DDR4 RAM will be a welcome addition. The schedule for the start of mass production is exactly where you would expect it to be as well, particularly if the new device will go on sale in September as planned. Improvements to the overall design in order to avoid another “bendgate” seem wise too, as I’m sure Apple is looking to avoid any potential scandals this time out.

But there are also some important potential upgrades to the iPhone listed amongst these predictions as well. For example, the inclusion of Force Touch is not completely unexpected, but will certainly be welcome following its introduction with the Apple Watch. An upgraded camera with a 12 MP sensor is significant too, as is the potential for gesture controls. Even the ability to purchase the new phone in a rose gold color will no doubt be intriguing to many. Most of Kuo’s other predictions seem to focus on fine tuning and improving the overall performance of the device, including speeding up Touch ID for use in Apple Pay transactions. That is fairly typical of an “S” generation device, which has historically leaned towards better performance rather than new design. Of particular interest on Kuo’s list is his prediction that there will be no 4-inch iPhone model as some earlier rumors had predicted. It is no secret that the larger iPhone models introduced last fall have been incredibly popular, but some analysts believed that Apple would reintroduce a smaller version with the launch of the 6S. If Kuo is to be believed that won’t be the case however, and consumers looking for a smaller iPhone will be forced to purchase an older model, or take the leap to the larger screen.

At this point, just about all of these predictions should be taken with a healthy grain of salt, although there is a high likelihood that at least a few of them are accurate. We will probably get a better idea about which of these are likely to come true at the World Wide Development Conference next month, although official confirmation won’t come until the new device is introduced at an Apple event in September. Until then, we’re free to speculate along with everyone else on just what new iPhone 6S features we can expect this fall.

6 Ways to Improve the Battery Life on iPhone 6

Where is the Craziest Place You’ve Taken Your iPhone?