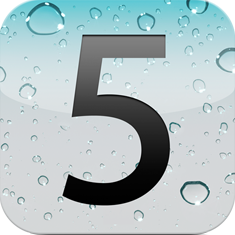 iOS 5 is bringing more than 200 new features to your iPhone, iPod, and iPad, many of which haven’t been revealed yet by Apple. Here are the 20 best features we do know about.

Of course the biggest innovation in iOS 5 is iCloud, which is set to revolutionize the ways that Apple products keep up with one another. iCloud access will come built in to iOS 5, and just like all past versions, iOS 5 will be free a free upgrade for all iPhone, iPod, and iPad users. Also: keep an eye out for new, more specialized features just for iPad users, now that the tablet is gaining a major place of honor among Apple’s lineup.

Finally, it’s time to cut the cord. iPhones, iPods, and iPads have always required a computer to sync to, but iOS 5 removes this requirement at last. You’ll be able to set up your device, download software updates, add folders and edit files, and more, right on your device. No computer required. Likewise, syncing is now handled wirelessly, completely without cables, and done automatically whenever you plug your iDevice in for recharging.Â These seemingly simple changes could mark the start of a new day for Apple; it’s been speculated for a while now that Apple will eventually do away with the traditional laptop and desktop altogether in favor of iTouch devices. iOS 5 gives you one less reason to own a Mac.

One of the biggest gripes most people have against iOS is how it handles notifications with those intrusive pop-ups. If you have lots of notifications activated, all those pop-ups can drive you mad, so most users end up not bothering with notifications at all. iOS 5 brings a major overhaul to this system, with an entirely new app called Notification Center, which centralizes all of your notifications in one place. New email, friend requests, text messages, stocks, weather, and more. When a new notification comes in, now it will roll down from the top with a subtle animation, and a simple gesture will take you directly to the app that it came from. You’ll have full control over how Notification Center is configured and what it does for you.

The iPhone and iPad’s built-in camera software is getting a big upgrade in iOS 5, allowing you to easily do things like pinch-to-zoom in and lock focus and exposure by touching a part of the screen. Once you’re picture is saved to your device, Apple’s added in a lot of iPhoto-like functions so you can edit and crop with grid lines, rotate via gestures, remove red-eye, enhance, and more. You’ll be able to access your camera instantly from the lock screen, and Apple’s taken a page from some third-party apps by allowing you to use your volume button as the camera’s shutter. That tactile feedback should come in mighty handy.

Designed to make texting a simpler, more enjoyable affair that completely bypasses the texting plans of wireless carriers, iMessage is an entirely new messaging service offering unlimited texting between iPhones, iPods, and iPads. It’s built into the iPhone’s Messages app, and looks a lot like iChat. Also: an Emoji keyboard is being added to iOS with version 5, which iMessage users will probably use more than anyone else.

Yet another new app. This one works like an organizer/binder, where you can keep track of anything you don’t want to forget. Whether it’s that little task of picking something up on the way home from work, or an important meeting time/date, Reminders will help you remember. Comes with a nifty location-based notification system that will automatically notify you when you reach the location where the reminder is set for. Syncs automatically with your other apps via iCloud.

With the big magazine subscription kick that Apple’s been on with the iPad lately, it’s only natural that they’d create an app to make accessing magazines easier. It works pretty much just like iBooks, with its own Newsstand Store and everything, and auto-downloads new issues of your subscriptions when they become available.

A long-awaited feature called Reading List works similar to Instapaper or Offline Pages, letting you save web pages for later offline viewing. The built-in RSS reader strips articles of ads and other clutter. The iPad is also getting a tabbed version of Safari.

At last, rich text formatting is coming to iOS Mail. You’ll also be able to flag messages, add and edit email folders, and search through your email (including those that aren’t currently on your device). iPad users can use a swipe gesture to show or hide the sidebar.

Everything in iOS 5 offers a deep integration with Twitter, allowing you to post virtually anything you’re doing on your iDevice to Twitter, right from within the app you’re using. You can add locations to any tweet, and even start typing a contact’s Twitter handle and iOS 5 will fill it in for you correctly. Sounds useful, Apple, but what about Facebook? (I’m guessing the two juggernauts couldn’t come to amicable terms.)

iOS 5 gives you more precise control over Calendar, letting you do things like add or delete individual calendars, use gestures to create events and adjust details, and view attachments. Plus, they’ve added a year view to the iPad version, and a week view to iPhone.

Finally you can add a picture to your profile, and get friend recommendations based on your own games and existing friends.

Use 4 or 5 fingures to swipe right or left between open apps. Swipe up to reveal the multitask bar. Pinch to return to the Home screen. Sounds good to me!

iPad 2 owners only: with AirPlay Mirroring turned on, you’ll be able to wirelessly stream your iPad’s screen to your AppleTV. No matter what you’re doing — looking at photos, playing a game, watching a movie — you can show it all on your HDTV.

Simply grab the built-in keyboard with two fingers (or thumbs) right in the middle, and swipe outward. The keyboard instantly separates into two halves, both of which are closer to the edges of the screen, making them far more accessible for thumb-typing. You can easily drag the split keyboard anywhere you want it to sit on the screen, and future open apps will put the keyboard in that same spot. Only works for iPad users.

Impaired users will find iDevices easier to use once iOS 5 arrives, thanks to new options like LED flash and custom vibration settings so you can see and feel when someone’s calling, as well as improvements to VoiceOver including custom element labeling, and custom gestures that you can create to interact with adaptive accessories.

No longer are you limited to just one route when you seek directions from Maps, thanks to the addition of alternate routes.

iPad users will notice that the iPod/Music app is getting a complete visual makeover, but it will still work pretty much the same.

Coinciding with the launch of iOS 5 will be the iTunes Tone Store, which will sell not only ringtones but also tone alert sounds for Mail, voicemail, and Calendar. iOS 5 will let you change these tones at will.

A built-in dictionary is ready to provide a definition to any word when you simply hold down your tap on any word. It works the same as copy & paste, only now you’ll see “Define” as an additional option on the pop-up menu.

In Settings, you now have the option to create personalized text macros for phrases you type frequently.

iOS 5 is expected sometime this Fall, with more than 200 new features for iPhone, iPad, and iPod users. These are just the features Apple has let us know about so far. I wonder what the remaining 180+ are?