You are here: Home / iPhone / “Airbags” Could Be a Feature of Future iPhones 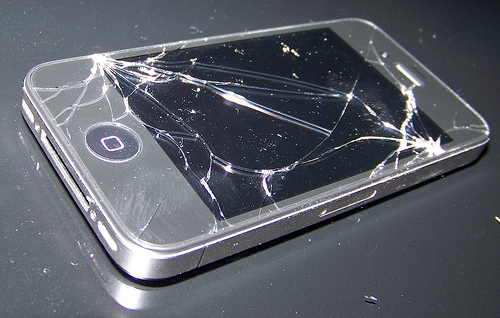 Some out of the box ideas were actually considered for inclusion in one of the iterations of the iPhone if we’ll base it on newly discovered patents that were filed by Apple a a year ago. According to the supposed patent, the durability of the iPhone was a major consideration for the people at Apple, so much so that a number of ideas were forwarded as a means of adding more protection for the iPhone.

One of these ideas actually reached the Patent Office. The patent, which was filed during the second quarter of 2010, revolved around the idea of further strengthening the glass used on the display panel of the iPhone. The impetus for the idea originated from the quest for producing ever thinner devices. Any gains in terms of reducing the thickness of a device means having to produce thinner glass for the display. But with the display glass getting thinner, durability begins to suffer. Thin glass can break or crack more easily that’s why Apple filed some patents. One of the more out of the box ideas evolve around the installation of airbag-like attachments, specifically, shock mounts that are installed on the iPhone. These shock mounts can sense sudden jolts and will immediately retract to protect the device. Another idea revolves around a tunable shock mount that can compress and dampen to protect the electronic device and isolate the cover glass so that it won’t break or crack.

These patents reveal the great thinking minds inside Apple who are constantly looking to improve their best selling products.