You are here: Home / iOS / The ONLY Reason You Should NOT Upgrade to iOS 7 Beta 2 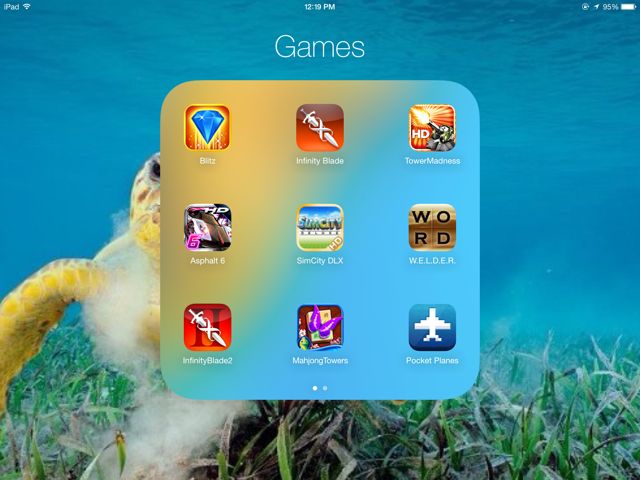 Soon after iOS 7 beta was released, articles about the topic sprouted left and right. And it’s not over yet. One piece I really liked was written by Rene Ritchie, titled “Hey you, the one running iOS 7 beta when you really shouldn’t be: Stay classy!” I won’t argue about who is “supposed to be” running the beta version, but one thing I know: I have to go back to iOS 6 for the iPad.

According to the Diffusion of Innovations theory, I am not an “early adopter” but instead fall under the label “early majority”. It doesn’t matter which group I belong to, though, all I know is that I fell for iOS 7 beta 2. Hook, line, and sinker.

However, less than 24 hours later, I am getting ready to go back to iOS 6. Oh, I love the look of the new OS. I don’t mind the parallax effect. Heck, I can even live with the unfinished Safari icon – barely. I do  miss Marker Felt and the yellow notepad. But I am easy in so many ways. And I know that the OS is in beta.

I’m trying to stay classy. I really am.

But no Bejeweled Blitz? That’s a little more than I can handle.

Go ahead, dear trolls, bash all you want. I won’t argue with any of you. iOS 7 beta 2 is gorgeous as much as it’s a beta version, but I need my jewels and flashing lights. I’m sure some people have rolled back to iOS 6 for less worthy reasons.

(On a more serious note, and as can be expected, there are quite some apps which crash on iOS 7 beta 2. Mac Rumors will give you all the info you need, and you can add to the discussion as well.)