You are here: Home / iPad / iPad Pro for Creative Content as Opposed to a Consumption Device 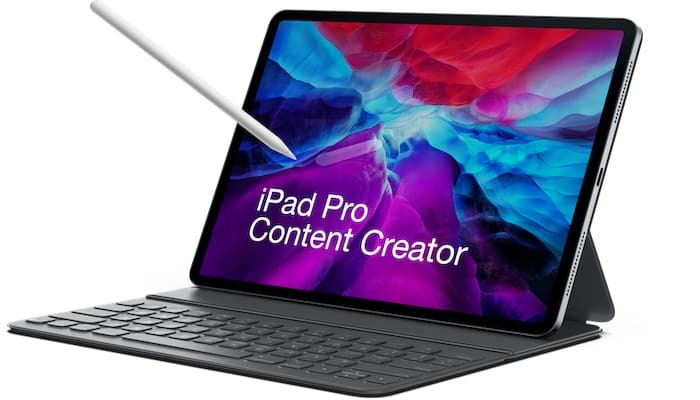 We’ll go over why Apple’s iPad Pro is a game-changer for enterprises.

As opposed to previous releases, this iPad comes with an addition to RAM and a change in storage options, the 2020 model of the iPad Pro was seen as a minor enhancement among technical reviewers.

This is a bold statement. But when the new iPad Pro is faster than 92 percent of all portable PCs sold in the past year, why wouldn’t you just be wondering how sleek an iPad tablet can be so powerful, let alone how troublesome your old notebook can be? The iPad is already the most popular tablet in the world. But again, Apple has shown that they’re not about to rest on their laurels, making their most significant changes since the first launch of the iPad.

Although all this product release makes a very clear contribution to Apple’s mission to provide people with the tools they need to unleash their creativity, we believe that the iPad Pro will prove to be a jewel in their crown over time. Apple confidently proclaimed the latest iPad Pro to be the “World’s Best Augmented Reality App” (AR), an assertion backed not only by release of ARKit 2, but also by the development and calibration of the new iPad app. In reality, it was the early insight into the power and capability of the tools Adobe and 2K Games gave us that got our tails up. Adobe’s VP of Technology, Jamie Myrold, was the first to experiment with Photoshop on stage. The speed and efficiency of the software have shown something that the iPad may have been missing for years: the ability to accommodate more intensive applications. As far as iPad-heavy workplaces are concerned, this will inevitably raise a puzzled eyebrow or two.

Adobe’s new AR design and publishing tool Aero is establishing an application as one that allows users to enjoy more ‘traditional’ AR experiences such as going through a scene, it quickly became apparent how iPad Pro users can animate and introduce interactive elements to work. That all this has been done so impeccably is a testament to the performance of the new Pro. And that wasn’t all, either. The 2K Sports President, Greg Thomas, was also on hand to showcase their upcoming NBA 2K game hosted on the device. Capable of running at 60fps, this was just another demonstration of the incredible performance of the iPad.

It is this level of execution that we expect companies to sit down and take notice. Speaking from personal experience, it can be frustrating to land in the App Store and find that some of your favorite apps are nowhere to be seen. Now, there’s no excuse for companies. The new iPad is the most impressive yet, and the simplicity of the device will mean Apple is increasing its market dominance quite extensively.

With the introduction of the 2020 iPad Pro models, Apple has discontinued the 2018 iPad Pro models, although they can still be bought at a discount from Apple’s refurbished store at the present time.

Organizations that neglect that imminent growth face are left behind by competitors who could move faster. The last iPad Pro will land sometime in 2021, and we’re sure you’re aware that developing quality apps isn’t a particularly fast process. If you’re a company looking to learn more about how to get your product to iPads, you’d be smart to get in touch with our business team-and there’s a reason we’re so highly rated for what we’re doing.